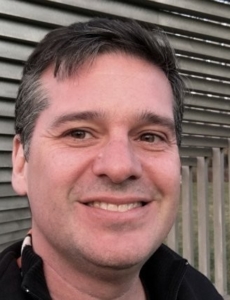 Gregory Spotts received his Master of Public Policy degree with a concentration in environmental policy and completed a Leaders in Sustainability certificate.

As a Bohnett Fellow with Mayor Antonio Villaraigosa, he staffed the Chief of Staff and Deputy Chief of Staff, and contributed to the city’s first Climate Change Action Plan.

After a year working in Washington, D.C. as a consultant in the organization practice at McKinsey & Company, he rejoined the Mayor’s Office as Director of the Performance Management Unit.  In 2011 he created a new office of Transportation Project Delivery, and served as the Mayor’s lead on a $10b portfolio of mega-projects including the Purple Line Extension, Orange Line Extension, Regional Connector, and Crenshaw/LAX Light Rail.

Since 2015, Greg has served Angelenos as Assistant Director and Chief Sustainability Officer for the Los Angeles Bureau of Street Services, focusing on making the city more bike, pedestrian and transit friendly, increasing tree canopy, and reducing the environmental impact of the Bureau’s construction and maintenance operations.

2010 MPP Alumnus of the Year
Scroll to top