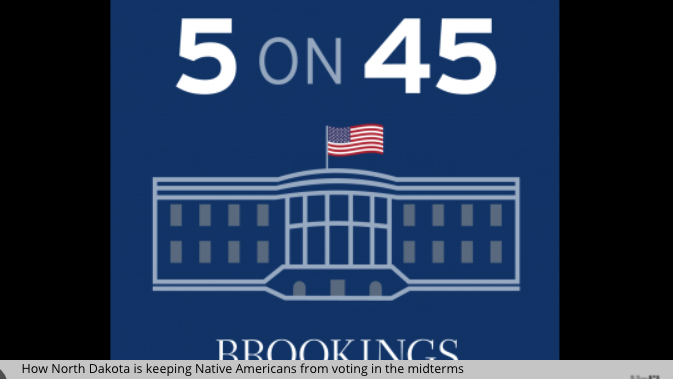 Changes to North Dakota’s voting requirements threaten to disenfranchise thousands of American Indians, UCLA Luskin’s Randall Akee explained in a podcast for the Brookings Institution, where he is currently a fellow. A U.S. Supreme Court action, less than a month before the November 2018 election, permitted the changes, which require voters to produce identification that includes a street address. Many of North Dakota’s American Indians live on reservations and use a P.O. Box instead of a street address, said Akee, an associate professor of public policy. The new requirements could sway some very close races, including Democratic Sen. Heidi Heitkamp’s battle to keep her seat, he said. Akee noted that American Indians did not get the right to vote until 1924. “It’s been less than a century that they’ve been allowed to participate in the voting process. And that’s why this particular turn of events, of disenfranchising Native Americans on reservations, is so distasteful.”

Listen to the podcast
0 replies