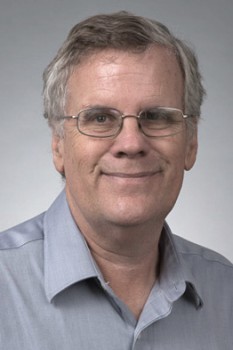 Stephen Commins works in areas of regional and international development, with an emphasis on service delivery and governance in fragile states. Commins was Director of the Development Institute at the UCLA African Studies Center in the 1980s, and then worked as Director of Policy and Planning at World Vision International in the 1990s.

Dr. Commins was Senior Human Development Specialist at the World Bank from 1999-2005. His work at the World Bank included “Managing Dimensions of Economic Crisis: Good Practices for Policies and Institutions,” the establishment of the Bank’s children and youth cluster, and a survey of service delivery programs implemented by civil society organizations. Commins was one of the co-authors of the World Bank’s World Development Report 2004, Making Services Work for Poor People.  Following the report’s publication in 2003, he managed several initiatives on service delivery in post-conflict countries and the relationships between political reform and improved services.

Over the last decade, he has continued to work on service delivery programs, including the major study, “Service Delivery in Fragile States: Good Practice for Donors,” for the Fragile States Group of the Development Assistance Committee of the Organization for Economic Cooperation and Development in 2006.  Some of his fragility and disaster work has included “testing the DFID state building” framework in Lao PDR and Cambodia, managing studies on disasters and safety nets for the World Bank in Bangladesh, a co-authored paper on participation, accountability and decentralization in Africa, and producing studies on health systems strengthening in fragile states for World Vision Canada and on sub-national fragility in India and Pakistan for the HLSP Institute.   He also led a team of policy researchers for the UK government, who produced a policy note and guidance resource for designing Multi-Donor Trust Funds or “Pooled Funds” in fragile states.

He has worked for five years in support of a long-term study of livelihoods and post-conflict reconstruction in Pakistan, as part of a seven-country project with the Sustainable Development Policy Institute in Islamabad and the Secure Livelihoods Research Consortium at ODI in the UK..  For academic years 2013-15, he worked as the consultation and dissemination coordinator for the World Bank’s World Development Report 2015 (Behavior, Mind and Society). His other projects at that time included a four-country study with the Overseas Development Institute on community-driven development and livelihoods in four South Asian countries, support for World Development Report 2017 (Governance and the Law), and a project on designing long-term urban programs for urban areas affected by the Syrian refugee diaspora (Lebanon, Jordan and Turkey).

His recent work has included designing two workshops, one on urban water and displaced populations and another on municipalities and livelihoods for city officials from Middle Eastern countries impacted by the Syrian diaspora. He also has been involved with the World Development Report 2018 (Education: The Learning Crisis), an assessment of education systems and needs in South Sudan, a study on providing digital skills for young women in low-income countries, and the second phase of the Secure Livelihoods Research Consortium.

At UCLA, Dr. Commins teaches courses in regional and international development. His current courses are on urbanization in developing countries, climate change, water and health, and disaster management. He is the Associate Director for Global Public Affairs at the Luskin School.