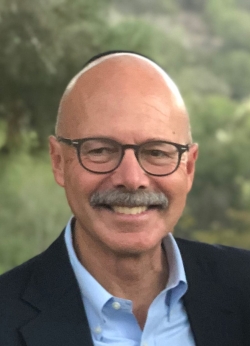 Steve Zipperstein is an Assistant Adjunct Professor with the Luskin School of Public Affairs. He is also a lecturer with UCLA’s Global Studies Program, UCLA’s School of Engineering, and UC Santa Barbara’s Department of History. Zipperstein is a Distinguished Senior Fellow at the UCLA Center for Middle East Development, and is a Visiting Professor at Tel Aviv University Law School. Zipperstein is the author of Zionism, Palestinian Nationalism and the Law: 1939-1948 (Routledge, 2022) and Law and the Arab-Israeli Conflict: The Trials of Palestine (Routledge 2020). He has also authored several law review articles, and has testified before the United States Congress several times regarding telecommunications and internet policy issues.  Zipperstein lectures widely around the world on cybersecurity, advanced technology, and a range of U.S. and Middle East issues.

Before joining UCLA, Zipperstein practiced law for 36 years in California, Washington D.C. and New York/New Jersey. Zipperstein has been elected to the American Law Institute and named a Life Fellow of the American Bar Foundation. During his career, Zipperstein worked as a law firm litigator, a federal prosecutor and Justice Department official, and as the Chief Legal Officer of  BlackBerry Ltd. and Verizon Wireless. Zipperstein served as Counselor to Attorney General Janet Reno during the 1995 congressional hearings regarding the events in Waco, Texas, and as Counselor for former Assistant Attorney General Robert Mueller regarding the 1992-93 congressional investigation of the “Iraq-gate” matter. As a federal prosecutor, Zipperstein tried more than a dozen felony jury cases and argued 23 cases in the Ninth Circuit Court of Appeals.

May 2022 – The Abu Akleh tragedy: Ask the FBI to investigate

January 2022 – How Not to Make the Case for Palestinian Statehood

January 2020 – Revealed: An Arab Prince’s Secret to Sell the Western Wall to the Jews

Author, Law and the Arab-Israeli Conflict: The Trials of Palestine (Routledge 2020)