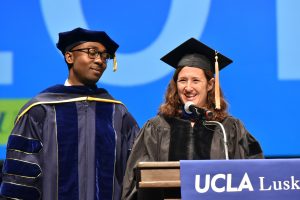 UCLA Luskin’s Social Welfare doctoral program is one of the top three most productive in the nation, according to a newly published study measuring the impact of faculty research. “The search for meaningful metrics of program excellence has been a longstanding effort by social work schools and colleges,” the researchers said. To understand variations in faculty productivity, they built upon previous work analyzing scholarly citations by considering the impact of a program’s funding sources, regional location, year of establishment and faculty demographics. “Researchers are not expected to build knowledge in a vacuum,” the study said. “Rather, it is a professional expectation that researchers also demonstrate the ability to disseminate knowledge widely despite the narrowness of their specialty area.” The analysis found that the three most productive social work doctoral faculties were based at public universities in the West: the University of Washington, UC Berkeley and UCLA Luskin. “One surprising finding was that there were significant differences among programs with the same size but located in different parts of the country,” the researchers said. “Why Western and Midwestern programs outperform their Northeastern and Southeastern counterparts is unclear.”  The research, published in the journal Scientometrics, was based on empirical data from the entire population of doctoral tenure-track social work faculty at 76 research-oriented universities. 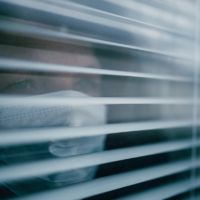