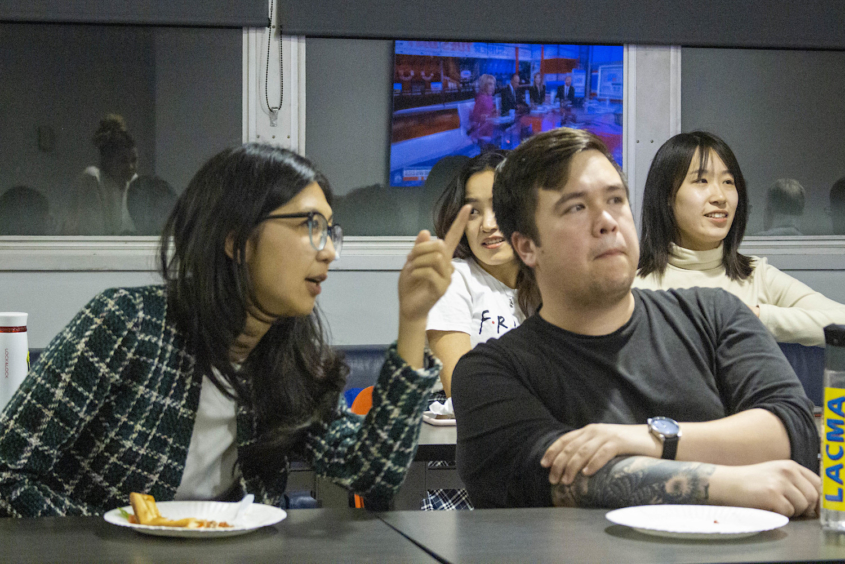 As Super Tuesday drew to a close after 72 hours of campaign twists and turns, Public Policy students and faculty flocked to a watch party at the Luskin School for pizza and political talk. The contest for the Democratic presidential nomination as a two-man race came into focus as returns came in from across the country. In addition to weighing the merits of Sen. Bernie Sanders and former Vice President Joe Biden, students talked about state and local races and the new voting centers rolled out by Los Angeles County for the March 3 primary. Many in the room wore “I Voted” stickers after casting their ballots at Ackerman Union. The crowd also included half a dozen international students who were fascinated by the political process unfolding before them. Professors Martin Gilens and Mark Peterson provided context and commentary as hosts of the event. They were joined by Associate Professor Wesley Yin and Visiting Professor Michael Dukakis, the former Massachusetts governor and 1988 Democratic nominee. Dukakis and his wife, Kitty, shared their own unique perspectives with students at the watch party. 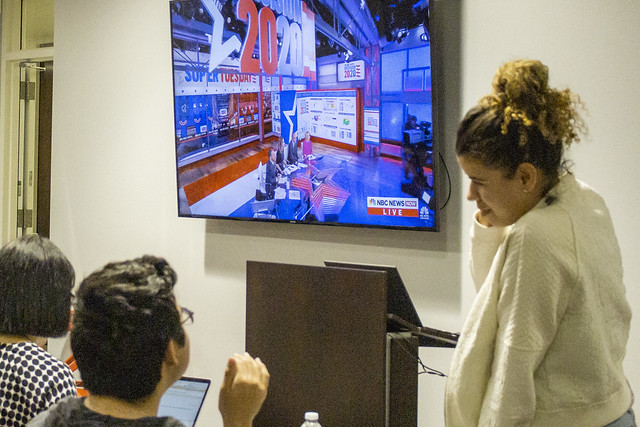 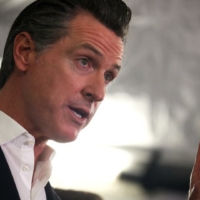 Torres-Gil on Building a California for All Ages 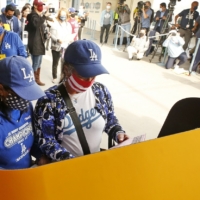 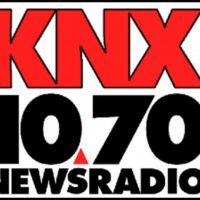