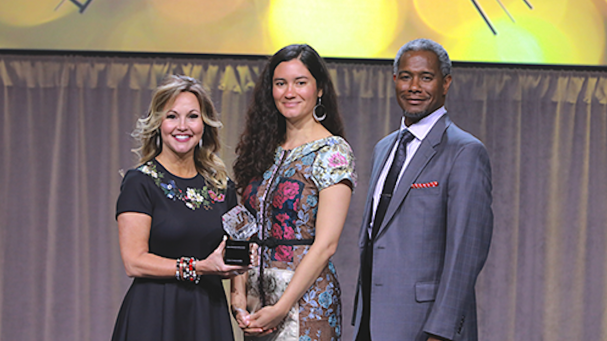 Carolina Martinez MA UP '09, center, is recognized at the American Planning Association conference. 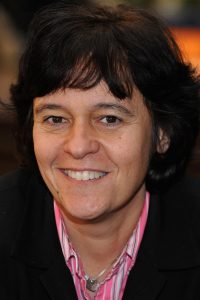 Urban Planning Professor Anastasia Loukaitou-Sideris and alumna Carolina Martinez MA UP ’09 were honored for their work advocating for stronger, healthier communities during the American Planning Association’s recent national conference in San Francisco. Martinez, policy director at the Environmental Health Coalition, and the Paradise Creek Planning Partnership were awarded one of the highest honors, the 2019 National Planning Excellence Award in Advancing Diversity & Social Change. Martinez worked with low-income communities of color in National City, California, to create a comprehensive community plan to clean up the toxic environment near their homes and provide affordable housing near transit. The creation of the Paradise Creek apartments demonstrates that community-based planning can bring about environmental justice. As the principal investigator of UCLA Luskin Center for Innovation’s “SMART Parks: A Toolkit,” Loukaitou-Sideris was awarded the National Planning Achievement Award for Best Practice-Silver. The toolkit equips park managers, designers and advocates with a centralized guide to improve parks and shows that that good planning can increase efficiency that benefits the community overall. “I’m delighted by the department’s awards at the 2019 National Planning Conference,” Urban Planning Chair Vinit Mukhija said. “They demonstrate the excellence of our students and faculty members and are a testament of the department’s commitment to the profession.” Mukhija led UCLA Luskin Urban Planning’s delegation at the conference, where nearly 6,500 experts from planning, government, higher education and allied professions shared their knowledge and insights. 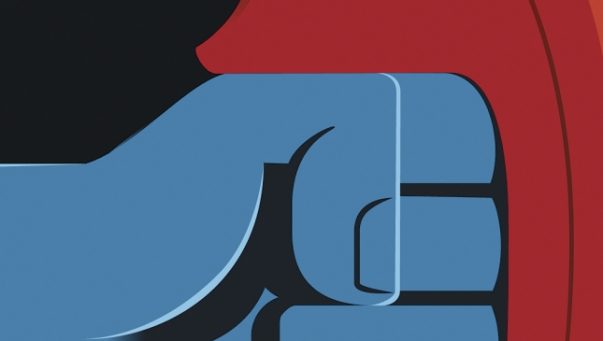 In a commentary published by the Chronicle of Higher Education, John Villasenor of UCLA Luskin Public Policy and co-author Ilana Redstone Akresh of the University of Illinois discuss viewpoint diversity on college campuses. While complaints of political correctness in academia have been around for decades, Villasenor and Akresh argue that the dynamic has changed in recent years. “Social media are increasingly employed as a tool both for direct censorship and for strengthening the pressures to self-censor, significantly narrowing the range of permissible academic discourse,” they write.  Villasenor and Akresh advocate teaching students to examine multiple perspectives, explore nuance, question assumptions, and think critically in all aspects of their education. “Academic freedom exists and needs protection precisely because there are opinions that can both generate offense and have value,” they write. “This does not mean that all offensive ideas have value. But it does mean that the value of an idea cannot be judged solely on the basis of whether it offends.” Villasenor and Akresh write that “we need college faculties that are diverse racially, ethnically, religiously, and in terms of gender, gender identity, sexual orientation, and the viewpoints they bring to their research, teaching, and engagement with their communities.” 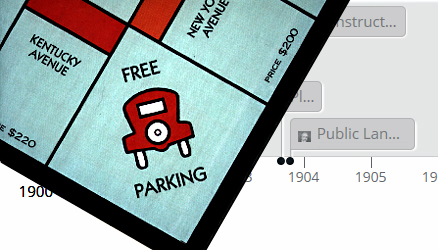 UCLA Luskin Urban Planning’s Donald Shoup has made history. The American Planning Association has published a timeline of key events in American city planning since 1900, including Shoup’s book, “The High Cost of Free Parking,” published in 2005. In recognizing Shoup’s decades-long work to improve transportation and land use by reforming cities’ parking policies, the American Planning Association placed him among other well-known authors including Rachel Carson and Jane Jacobs. In his influential book, Shoup argued that parking requirements in zoning ordinances subsidize cars, increase traffic congestion, worsen air pollution, encourage sprawl, degrade urban design, damage the economy, raise housing costs, reduce walkability, accelerate global warming and harm everyone who cannot afford or chooses not to own a car. To address these problems, many cities are now adopting the parking reforms Shoup proposed.

Goetz Wolff, center in black cap, with students who participated in the 2015-16 Community Scholars project on the ports of Los Angeles and Long Beach. Each year since 1991, scholars and students from the UCLA Luskin School of Public Affairs have worked together with community stakeholders to focus on timely and important Los Angeles regional issues and publish their findings and recommendations.

For their 2015-16 study of the distribution of goods in Southern California, the Community Scholars, a joint initiative of the Luskin School’s Department of Urban Planning and the UCLA Center for Labor Research and Education, has received national recognition in the applied research category from the American Planning Association’s (APA) professional institute, the American Institute of Certified Planners (AICP).

Chosen from a competitive nationwide field of candidates, the project, “Delivering the Good: Strategic Interventions Toward a Just & Sustainable Logistics System in Southern California,” is one of just two projects receiving the AICP award for applied research. UCLA shares the award with the University of Virginia.

“The enthusiasm of the students not only resulted in this excellent final report, but just recently they became involved in contributing to comments on the Clean Air Action Plan,” said Goetz Wolff, an urban planning faculty adviser for the project who has been a part of the program since its founding. Community Scholars also was recently recognized for its 25 years of commitment and service to the community with UCLA’s 2016 Community Program of the Year honor, the Landmark Award.

To ensure the needed breadth of knowledge that the topic of sustainable goods movement required, Wolff said, students — all candidates for the Master of Urban and Regional Planning (MURP) degree in 2016 — were selected from several of the Urban Planning areas of concentration: economic development, transportation and environmental planning. The winning project was focused on the movement and distribution of goods through the ports of Los Angeles and Long Beach and its disproportional negative impact on local communities, labor and the environment.

“The combination of perspectives and skills resulted in a powerful mix with our community scholars,” Wolff said. The program expanded its knowledge base by bringing aboard Linda Delp, who heads UCLA’s Labor and Occupational Safety and Health program, as a co-instructor.

As part of their research, the students went on several field trips, including a bus tour of the Alameda Corridor, a boat tour of the Port of Los Angeles and a tour of the massive Costco distribution center in the Inland Empire, Wolff said. Teo Wickland, a Ph.D. student in urban planning at Luskin, and Katy McNamara, a doctoral candidate in environmental health sciences at UCLA, served as teaching assistants for the course, which also serves as the capstone project for Luskin MURP students.

In addition, at the Community Scholars weekly meetings held at the UCLA Downtown Labor Center, the group heard from experts, organizations and activists concerned about the impact and future of goods movement in the region. “The participants from community organizations also brought their values and environmental, community, labor union and institutional experiences so that we had shared learning and research,” Wolff said.

Bio information on 2016 Community Scholars team may be found in the full report.

The winners of the 2017 awards will be recognized May 9 at the APA/AICP Annual Meeting and Leadership Honors event held in conjunction with the 2017 National Planning Conference in New York, N.Y.