LAist highlighted recent research led by Paul Ong, director of UCLA Luskin’s Center for Neighborhood Knowledge (CNK), on the economic impact of anti-Asian rhetoric during the pandemic. Ong said harassment of Asian-Americans, including an informal boycott of Asian restaurants, increased after President Trump called COVID-19 the “China virus” and “kung flu.” Research by CNK, the UCLA Asian American Studies Center and Ong & Associates found that Asians and whites started out on similar financial footing before the pandemic — but between February and April, Asian American joblessness jumped ahead by 5%. The article also cited a Pew survey that found that 31% of Asian adults say they have been subject to slurs or jokes because of their race or ethnicity since the outbreak began. Ong called on the federal government to step in to discourage discrimination but added that he is disappointed by political leadership so far. The research was also cited in the Asian Journal.

“Mountain Movers: Student Activism & the Emergence of Asian American Studies,” a book co-edited by Urban Planning Professor Karen Umemoto, was awarded a bronze medal in the 2020 Independent Publisher Book Awards for “Best Regional Nonfiction” in the West-Pacific region. Umemoto was one of six editors on the team that put together “Mountain Movers,” which chronicles the legacy of student activism at UCLA, UC Berkeley and San Francisco State. Published last year to commemorate the 50th anniversary of the Asian American Studies programs that were established on all three campuses in 1969, the book profiles students who mobilized peers and community members to further the study of Asian American communities on their campuses. The “IPPY” Awards, launched in 1996 by Jenkins Group and IndependentPublisher.com, are designed to increase recognition of deserving but often unsung titles by independent authors and publishers. Established as the first awards program open exclusively to independent, university and self-published titles, over 5,500 “IPPYs” have been awarded in the last 24 years to authors and publishers around the world, recognizing excellence in a broad range of styles and subjects.

Neighborhoods with significant Latino and Asian American populations in Los Angeles County are particularly vulnerable to economic uncertainty during the COVID-19 pandemic, according to a new report sponsored by the Latino Policy and Politics Initiative (LPPI) and Center for Neighborhood Knowledge (CNK) at UCLA Luskin, along with Ong & Associates. “Entire communities are in a precarious financial situation, weakening the economic base in areas that already have a history of underinvestment and limited opportunities,” said Paul Ong, lead author and CNK director. According to the report, almost 60% of Latino-majority neighborhoods and 40% of Asian-majority neighborhoods will be affected; in comparison, 12% of white-majority neighborhoods will face the same level of economic disruption caused by the global pandemic. The report includes recommendations for state and local officials to support low-wage workers in Los Angeles County. “Latinos and Asian Americans are critical to the continued success of Los Angeles County’s economy, and the impact that their families and neighborhoods will see in this crisis requires urgent action,” said Sonja Diaz, LPPI executive director. Communities that will see the greatest impacts include neighborhoods in northeast Los Angeles, South Los Angeles, the San Gabriel Valley, Inglewood and the northeast San Fernando Valley, the report found. The affected neighborhoods also have a high concentration of foreign-born residents. “Now is the time for elected officials to ensure that low-wage workers have a safety net in this time of crisis to ensure the safety and well-being of all communities,” Ong said.

The Center for Neighborhood Knowledge at UCLA Luskin has co-authored a report aimed at combating discrimination toward Asian Americans and Pacific Islanders (AAPIs) through storytelling. The report, “AAPIs Connect: Harnessing Strategic Communications to Advance Civic Engagement,” was published in partnership with the AAPI Civic Engagement Fund, a national initiative established in 2014 to foster a culture of civic participation within Asian American and Pacific Islander communities. “Reaching ethnic populations is extremely challenging given linguistic and cultural barriers, and we hope that this report will empower community stakeholders, public agencies and elected officials to more effectively connect with Asian Americans and Pacific Islanders,” said Paul Ong, the center’s director and one of the principal investigators. The authors note that the Asian community in the United States has been cast as apathetic or less civically engaged — a reflection of historically lower voter registration and turnout rates — and have faced specific discrimination and barriers at the polls. A survey of the fund’s grantees underscored that the majority of local AAPI groups have little to no strategic communications capacity or infrastructure. The impact of the COVID-19 global health crisis makes this need more urgent, said EunSook Lee, AAPI Civic Engagement Fund director. “We hope this report can serve as a call to action to philanthropy to support organizations that have the cultural competency and linguistic capacity to reach and engage AAPI communities.”

Four women who have strived to bring more authentic portrayals of Asian Americans onto the screen and stage shared stories of risk-taking, perseverance and the importance of mentorship at the opening event of this year’s UCLA Meyer and Renee Luskin Lecture Series.

The pioneers from diverse parts of the arts and media landscape came together for “Dawn of a New Day,” a conversation at the Japanese American National Museum in downtown Los Angeles on Oct. 17.

“Tonight we hear from Asian American women who have risen to shape the narrative rather than be dictated by the gaze of others,” said Karen Umemoto, professor of urban planning and director of the Asian American Studies Center at UCLA, one of the event’s co-sponsors.

“One of the reasons I got into storytelling and filmmaking in the first place is that I wanted to tell the story that I wanted see,” said Lee, who co-founded the Asian American Documentary Network to share resources and lift up emerging artists. “I just didn’t see a lot of films or stories out there about Asian Americans, women, people of color.”

Lee says she makes a point of hiring diverse film crews and interns to “develop that pipeline so that they can see models just like I had when I was first making films.” 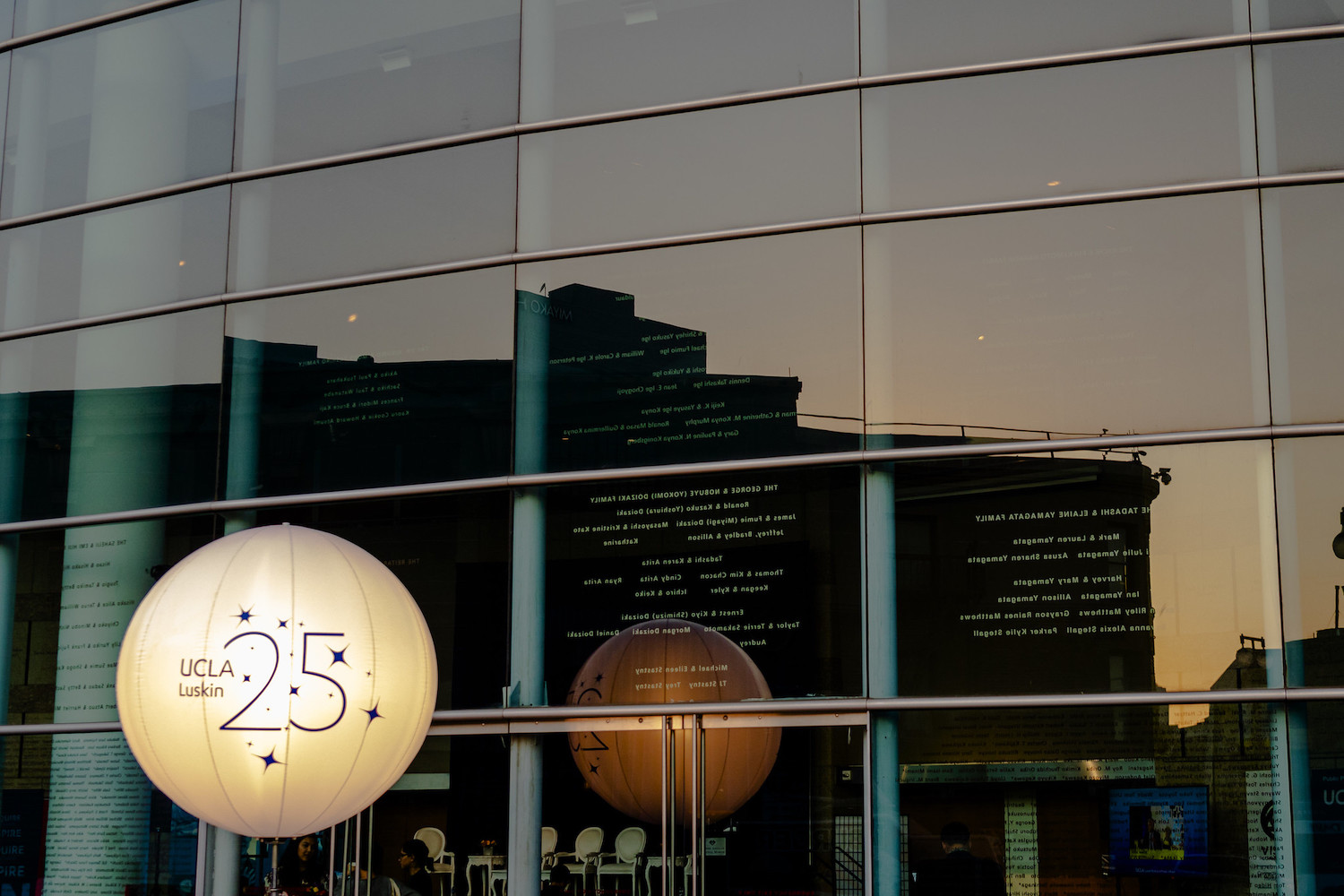 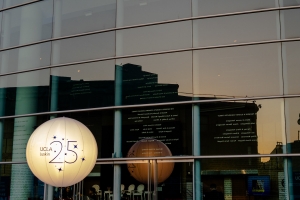 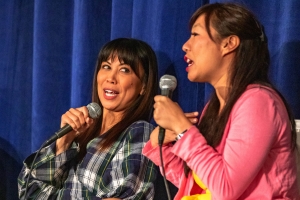 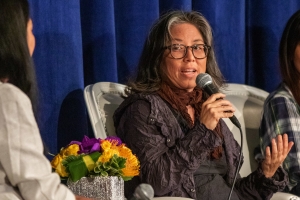 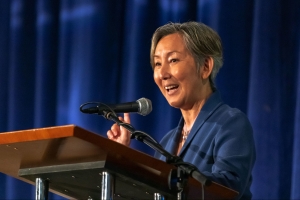 Mirza took an unconventional path into the creative arts. She was in law school when she realized she’d rather be an actor. She finished her degree and worked as a litigator to pay off student loans but realized that “art, for me, is a way of figuring out who I am.”

“Talking about my queer, Muslim, South Asian identity through art is a way for me to survive,” she said, but cautioned, “Just by virtue of claiming your identity, sometimes you’re not trying to be political but you are politicized.”

Paras spoke of the one-dimensional acting roles — like the “white girl’s nerdy friend” — that are often available to Asian American women. After a YouTube video she created to satirize such typecasting went viral, she realized, “Oh, this is what happens when you take a big risk and tell your story.”

There is a hunger for honest portrayals of diverse communities, Paras said, a lesson she learned through a crowdfunding campaign for her film about a young Filipina American who struggles to talk to her family about a sexual assault.

“Folks came out of the woodwork because I was creating something that had not to my knowledge really been told,” Paras said. “There were a bunch of young Filipino women who were like, here’s 15 dollars, here’s 25, here’s 40, because I have never seen a story about this.”

Three of the four panelists — Lee, Paras and Wong — are alumnae of UCLA, as is moderator Ada Tseng, entertainment editor for TimesOC.

“I was convinced that the rest of the world looked like UCLA, … a world where everyone is super-political and talks all the time about politics and identity,” said Wong, whose senior project for her world arts and culture major was a fake mail-order-bride site that skewered stereotypes of Asian women.

“So much of the path I’m on felt quite normal because there were other Asian American queer and non-binary folks who were creating solo work,” Wong said. Not until she left California to go on tour did she find how misunderstood her edgy humor could be.

The event was also the closing program for the multimedia exhibit “At First Light,” organized by the Japanese American National Museum and Visual Communications, a nonprofit media arts group. The UCLA Luskin School of Public Affairs co-sponsored the lecture, along with the UCLA Asian American Studies Center and its Center for Ethno Communications and the Asian American Studies Department at UCLA.

“The panel tonight is a testament to how far we’ve come, though we all know there’s still so much further to go,” said Umemoto, noting that UCLA’s Asian American studies and urban planning programs are marking 50-year anniversaries this year.

Also celebrating a milestone is the UCLA Luskin School of Public Affairs, which just turned 25, Dean Gary Segura told the crowd. The Luskin Lectures are a key part of the School’s mission to hold a “dialogue with the people of Los Angeles and California on issues of public concern,” Segura said.

View additional photos from the Luskin Lecture on Flickr. 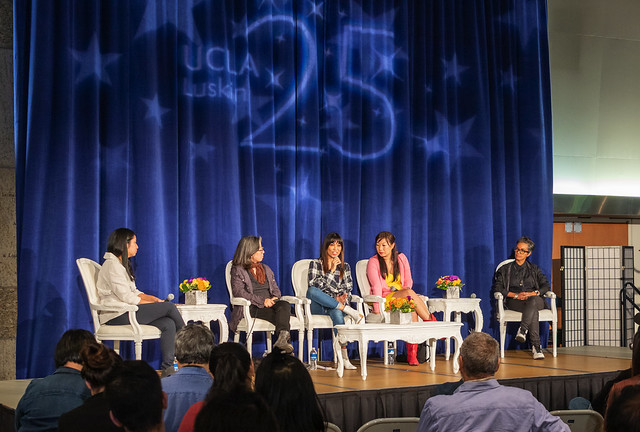 Urban Planning Professor Karen Umemoto was one of six editors on the team that put together “Mountain Movers: Student Activism and the Emergence of Asian American Studies,” a book about the legacy of student activism at UCLA, UC Berkeley and San Francisco State. “Mountain Movers” profiles students who mobilized peers and community members to further the study of Asian American communities on their campuses. The joint publication commemorates the 50th anniversary of the Asian American Studies programs that were established on all three campuses in 1969. Three of the nine activists profiled in the book are UCLA alumni. Preeti Sharma, who came to UCLA in 2006 to earn a master’s in Asian American studies, became involved in community organizations in the area, including Khmer Girls in Action and Chinatown Community for Equitable Development. After migrating to Los Angeles from the Philippines, Casimiro Tolentino became involved in the Asian American movement at UCLA while earning bachelor’s and law degrees in the 1960s and ’70s. He went on to serve as an attorney for the Asian Pacific Legal Center, among other roles. After joining the movement during the ’60s, Amy Uyematsu joined the staff of the UCLA Asian American Studies Center, where she worked as a researcher, publications coordinator and instructor. The center, now directed by Umemoto, celebrated the 50th anniversary of Asian American Studies at UCLA with a book launch in May. “Mountain Movers” reflects the social transformation of ethnic study in higher education as a result of the efforts of student activist groups. — Zoe Day

UCLA Luskin Urban Planning’s Karen Umemoto shared her thoughts about stereotypes related to Asians and Asian Americans on a KPCC broadcast of “Air Talk.” The interview followed the release of an essay by novelist Celest Ng on marriage and relationships between Asian women and non-Asian men and the harassment some Asian women receive — online and off — for their personal choice of partners. “I think it’s been an issue for decades. … Celeste Ng’s article just calls our attention to the new heights of harassment given the expanse of social media, I think, which brings a new dimension to the problem of hate speech,” Umemoto said. The director of the UCLA Asian American Studies Center added that although the issue is longstanding, “I also don’t want to magnify it bigger than it is. … I think it’s important for us to put it in a broader social and historical context because I think it’s very dangerous the way that people are being attacked and harassed,” she said, noting that such controversy may distract from addressing the underlying structural, historical causes.

Listen to the program