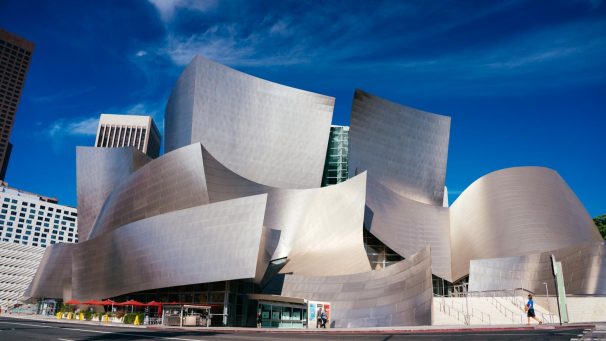 Dana Cuff, professor of architecture, urban design and urban planning, was featured in an article explaining the effect the Walt Disney Concert Hall has had in redefining the identity of downtown Los Angeles. Before the hall’s construction, downtown L.A. was notoriously lifeless and empty, the article said. “Anyone living downtown seemed like refugees from real cities elsewhere,” Cuff commented. Increased funding of public art has helped revitalize the downtown area. Cuff explained, “Getting people out of their private spaces and bringing them into collective everyday life, that’s what a city is.” Disney Hall, designed by architect Frank Gehry, changed the Los Angeles skyline when it opened in 2003. The building was praised as an architectural triumph and a cultural landmark with its asymmetrical walls of shiny stainless steel. “When a city can claim its local identity, which I think that area around Grand Avenue is starting to do, that’s an amazing achievement,” Cuff said.