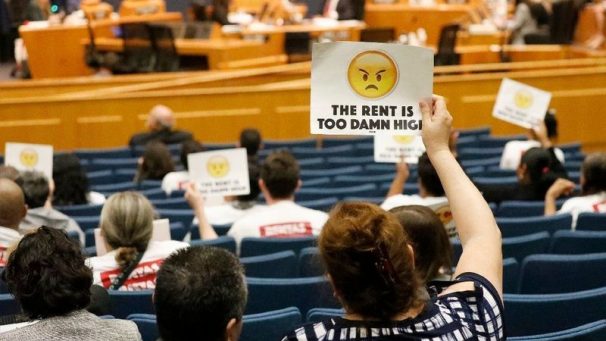 Los Angeles Initiative Director Zev Yaroslavsky spoke to the Los Angeles Times about the recently released UCLA Luskin Quality of Life Index. Poll respondents in Los Angeles County expressed satisfaction with health care, the economy and community relations. However, cost of living, particularly for housing, ranked lowest on the index. “This survey is important to our region and its communities in that it helps capture at a point in time what county residents consider most important to them, personally,” Yaroslavsky said. The study was also featured on media outlets including KABC7, NBC Los Angeles, The Patriot LA 1150, AM870 and LAist. In a KNX In Depth radio interview, Yaroslavsky said the rising cost of living is spurring residents to leave Los Angeles. “People who are economically on the margins and can’t afford to rent an apartment or buy a home are going to places where the costs are cheaper,” he said.