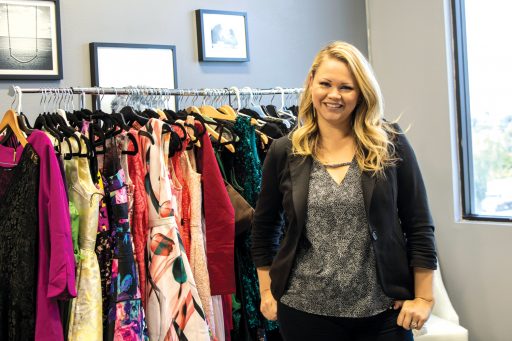 Harmony (Dust) Grillo clearly recalls those moments when she knew she could change the trajectory of her life.

At a group home where she lived briefly in high school, a counselor told her he was going to college because “‘I’m going to be the first black president of the United States.’” He was not Barack Obama. But his words made her rethink her opinion that school was a waste of time.

“I remember really being moved by his belief in himself and his audacity,” Grillo said. “And I made a decision that day that education could be a life raft for me, to get me out of the situation that I was in.”

That situation was forged by a childhood of trauma. Since the age of 5, she had suffered sexual and emotional abuse. At 13, she was left to care for her 8-year-old brother for three months, with nothing more than $20 and a book of food stamps. In her teen years, she became entangled in toxic relationships with men in her neighborhood.

By age 19, she had $35,000 in debt. Her boyfriend persuaded her to earn money as a stripper, just for a couple of months. Three years later, she was still in the business.

Grillo had not given up on her education. With a 4.0 GPA from Santa Monica College, she had been accepted at UCLA. By day, she was a studious psychology major. By night, she was “Monique” at a strip club near LAX.

Then came the next pivot that changed Grillo’s life. A friend encouraged her to come to church, where she heard over and over that she was made for a purpose.

“I was in the club one night, and it just dawned on me that this couldn’t be what I was put on this planet to do,” she said.

Grillo walked away from the strip clubs, the controlling boyfriend and the belief that she had no power over her life. Her calling, she decided, was to use her pain to help others heal. And then came another turning point.

She was on track to earn a Ph.D. in psychology but switched to the MSW program at UCLA Luskin.

“People who can afford psychologists don’t tend to be the kind of clients that I felt drawn to. That’s why I switched over to social work,” she said.

Just as she began her graduate studies in 2003, Grillo launched Treasures, an outreach to women caught up in the sex business. The timing was perfect, she said. She used research assignments, literature reviews and behavior analysis to expand her understanding of women in the commercial sex industry, as well as her own past.

“I began to recognize that, oh, this thing that I keep seeing, these women who again and again feel like they just can’t take that next step forward, oh, it’s learned helplessness,” she said.

At the Luskin School, Grillo earned a spot in the competitive CalSWEC program, which funds graduate education in exchange for service in the Los Angeles County child protective services.

“Harmony had this kind of light about her, this energy,” said Laura Alongi Brinderson, who has been with CalSWEC since 2001 and now serves as its coordinator. “She really had compassion and empathy for people who walked a difficult road.”

Alongi has followed Grillo’s career as it branched out from direct outreach to program development, fundraising and “how to keep an agency running.”

“Part of our mission at Luskin is to encourage leadership, and she really has established herself as a leader in her field. She has created a national hub for this type of work,” Alongi said. “It’s been incredible what she’s been able to do.”

“It can be overwhelming,” said Grillo, who is also kept busy with a husband, 10-year-old daughter and 1-year-old son, as well as the recently published second edition of her memoir, “Scars and Stilettos.”

For women who choose to leave the sex industry, Treasures offers many services, including a survivor-led support group, financial assistance, even a wardrobe closet. This spring, the closet was filled with elegant dresses that women could wear to the nonprofit’s annual fundraising gala.

In May, UCLA Luskin honored Grillo’s accomplishments by naming her the Joseph A. Nunn Social Welfare Alumna of the Year.

“When I’m looking at the trajectory of my life, and I’m looking at those defining moments along the way, I see people who had an opportunity to influence my life” — an important reminder for those in the field of social work, Grillo said. “Maybe they never knew what kind of impact they were having. But they had an impact.”