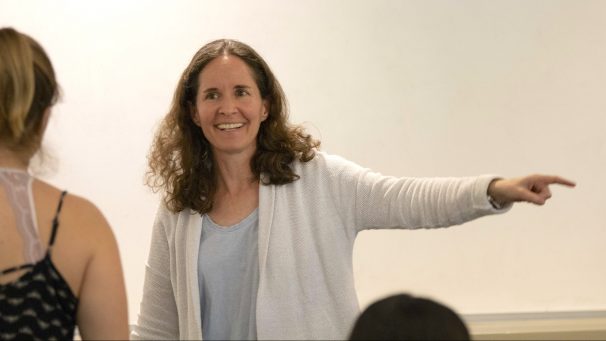 UCLA Luskin Dean Gary Segura responded to questions and concerns raised by Public Affairs pre-majors at this year’s Annual Undergraduate Forum held Wednesday, May 22. Chair Meredith Phillips and the Public Affairs staff were also on hand to answer questions. Prior to the event, the team conducted a survey to gather feedback from pre-major students about their experience. The undergraduates expressed appreciation for the interdisciplinary nature of the major, the close-knit environment and staff enthusiasm, and raised some concerns about curricular coordination, enrollment issues and reciprocal agreements on course requirements between UCLA Luskin and the College of Letters and Sciences. Segura addressed the issues raised in the undergraduate survey and fielded questions from students in attendance about upper-division courses and the experiential capstone projects that Public Affairs majors will complete in their senior year. The undergraduate major in Public Affairs was launched in fall 2018. As its first year comes to a close, the staff thanked students for their patience as they finalize the nuts and bolts of the program. The entire university has responded to the creation of the Public Affairs major, they noted, adding that UCLA Luskin staff are engaged in an ongoing dialogue with other programs, including the Honors College and Academic Advancement Program, as they smooth out the details of the major. Students collectively expressed appreciation for the undergraduate program’s responsiveness to their feedback. — Zoe Day

View a Flickr album of images from the Annual Undergraduate Forum. 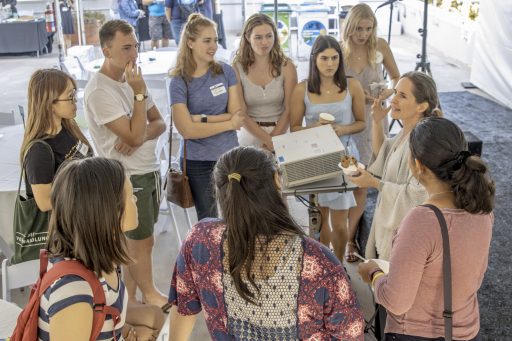 The rising excitement over UCLA Luskin’s new undergraduate program increased by at least a hundredfold as the first prospective Public Affairs majors stepped onto campus this fall.

Just weeks into the fall quarter, more than 100 students had formally opted in and dozens more had reached out to hear about the ambitious program, which combines critical thinking, social science methodology and deep engagement in the community.

In a year when young people are leading the charge for gun reform, transgender rights, climate change and more, the new major provides an avenue for activism.

“There will certainly be an infusion of energy that only undergraduates can bring,” said Dean Gary Segura.

Freshman Callie Nance was immediately attracted to the public service ethos at the heart of the major.

“I was undecided and feeling a little anxious about that, so I looked through all the majors on the UCLA website. When I came across Public Affairs, I realized it hit all of my passions,” said Nance, who spent time in high school working to create educational and employment opportunities for young people.

“This major doesn’t just expand knowledge,” she said. “It shows us how to do something with that knowledge, to make an impact.”

That sentiment is reflected in the undergraduate program’s motto: Developing Leaders Engaged in Social Change.

“Our students are developing knowledge and skills in the service of solving society’s most pressing problems, which is really what distinguishes this major from others,” said Undergraduate Affairs Chair Meredith Phillips, who is also an associate professor of public policy and sociology.

No other campus in the UC system offers a Public Affairs bachelor’s degree that draws from the three fields UCLA Luskin is known for: public policy, social welfare and urban planning.

This partnership has created an infectious energy that was on display during an undergraduate open house during the first week of school. Phillips led the welcoming committee, along with more than 20 faculty from across the School and Dean Segura, who noted that he too will teach an undergrad course this year, Foundations and Debates in Public Thought.

The event offered a glimpse of the resources available to students pursuing the B.A. in Public Affairs. Freshmen and sophomores freely mingled with professors who teach graduate-level courses and conduct cutting-edge research. And the undergraduate staff, who came together this summer to ensure the major was launched without a hitch, was out in force to answer questions and offer encouragement.

The networking continued the following evening at the Schoolwide Block Party, where the entire UCLA Luskin family — students, faculty, staff and alumni — came out to celebrate the new academic year.

“It was a good chance to talk to some alumni, to see what they are currently doing,” said freshman Navkaran Gurm, whose interests lie in law, politics, economics and public service.

Over the summer, another alumni connection led Gurm to the new major. He had enrolled in a Fresno City College economics class taught by Nelson Esparza MPP ’15, and ended up volunteering for Esparza’s campaign for Fresno City Council.

In the classroom and on the trail, Gurm spent hours talking to Esparza, who urged him to take a look at the Luskin School’s new bachelor’s degree. Gurm was sold. He plans to double-major in Economics and Public Affairs, with an eye toward attending law school.

“What I saw in the Public Affairs major was a way to show us how to make the world a better place, and that was something that really appealed to me,” said Gurm, who is keenly interested in battling disparities that put youth in rural communities, like his hometown, at a disadvantage.

A poll ahead of the November 2018 midterm elections found a remarkable level of civic engagement among young Californians. They talk politics, volunteer and allow political values to guide their purchases, the survey of 16- to 24-year-olds found. A full 80 percent said they considered themselves part of a social movement, according to the poll funded by the California Endowment.

Rising student demand led to creation of the Public Affairs major, which UCLA Luskin faculty unanimously endorsed in 2017. The university’s Academic Senate gave final approval in April 2018, and the first cohort was recruited over the summer.

Ricardo Aguilera switched to the pre-major as soon as it was announced. “For me, it was right on, concentrating on social advocacy within the community and just giving back,” he said.

Aguilera is one of several dozen sophomores who are working closely with the undergraduate staff to complete pre-major requirements in a single year. The School also continues to offer undergraduate minors in Public Affairs, Gerontology and Urban and Regional Studies.

Aguilera, Nance and Gurm have been struck by the personalized attention they receive in the relatively small Public Affairs program. Weekly emails share information about jobs, internships and campuswide events, and keep the cohort connected, they said.

Gurm said he attended informational sessions for other majors where students clamored to get their questions answered. At the Public Affairs workshop, “there were four of us and Brent, and it was as if we were having a one-on-one conversation,” he said, referring to undergraduate advisor Brent Showerman, who explained both the vision and the requirements of the program.

“I really like that whole support system, the feeling that they are guiding us in the right direction,” he said.