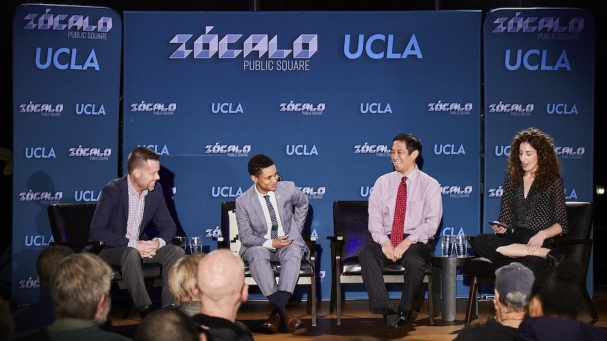 Mark Kleiman speaks during a 2008 event at UCLA. Photo by Stan Paul

Mark A.R. Kleiman, emeritus professor of public policy at the UCLA Luskin School of Public Affairs and one the United States’ pre-eminent experts on drug and crime policy, died July 21 after a long illness. He was 68.

Kleiman’s long list of publications includes his most recent co-authored books, “Marijuana Legalization: What Everyone Needs to Know” (Oxford University Press, 2012) and “Drugs and Drug Policy: What Everyone Needs to Know” (Oxford, 2011), as well as “When Brute Force Fails: How to Have Less Crime and Less Punishment” (Princeton University Press, 2009).

He also worked at the United States Department of Justice, serving as director of the Office of Policy and Management Analysis, Criminal Division, and as the associate director for Drug Enforcement Programs. And he held posts as deputy director for management and director of program analysis for the city of Boston.

“Mark was a rare breed in academia, a truly Renaissance mind,” said Mark Peterson, professor of public policy in the UCLA Luskin School and one of Kleiman’s colleagues. “I quickly realized that he was both the smartest person in the building and among the funniest, with a quick wit that often required educational sophistication to fully grasp.”

Peterson added: “I can say that his network was simply enormous, encompassing friends, colleagues, mentees and protégés, graduate and undergraduate students, media figures, state and federal policymakers, all of whom he helped, he informed, he guided, and he just simply cared about.”

Kleiman also authored numerous journal articles, book chapters, technical reports and policy memos, as well providing articles and commentary for news media and book reviews and for professional publications. He served as editor of the Journal of Drug Policy Analysis and was a referee for numerous professional policy journals. He also was an active blogger on “The Reality-Based Community,” focusing on public policy analysis of the criminal justice system, substance abuse, and drug policy in the United States and abroad.

He came to UCLA in 1996 shortly after the founding of the graduate program in public policy in what was then known as the UCLA School of Public Policy and Social Research. He served on the faculty of the Luskin School until retiring in 2015. He later joined the faculty of New York University, where he was affiliated with NYU’s Wagner School and served as director of the crime and justice program at NYU’s Marron Institute of Urban Management.

In addition, Kleiman served on the National Research Council as a member of the Committee on Law and Justice, and he was chairman of the board of the Los Angeles-based Botec Analysis Corporation, a research and consulting firm that develops solutions to issues in public policy in the areas of crime, justice and drug policy.

“Mark leaves behind a legacy — us,” said former student Brad Rowe, who earned his master’s in public policy in 2013, and who later worked closely with Kleiman. “He was a teacher first and foremost.”

Rowe said that Kleiman was a demanding instructor, but “he could always make you laugh with his ready-made arsenal of anecdotes.”

Rowe, who now teaches a public policy course at UCLA Luskin and serves as the school’s intellectual successor to Kleiman on drug policy, continued, “And, wow, I’ve rarely met someone who so loved seeing justice done.”

UCLA was the launching point and incubator for many of Kleiman’s ideas, Rowe recalled. “It was a safe haven where he valued the commitment this group has for thought and action rooted in truth, equality, dignity and public safety.”

Albert Carnesale, UCLA chancellor emeritus and professor emeritus of public policy and mechanical and aerospace engineering, first met his future colleague during Kleiman’s time as a doctoral student at Harvard.

“In addition to being an extraordinary fount of original ideas, deep insights, and rigorous and revealing analyses, he was a devoted mentor to generations of students, a valuable colleague, a caring friend, and a compassionate and effective advocate for fairness and justice,” Carnesale wrote in an email after learning of Kleiman’s death.

Former student Jaime Nack, the president of Three Squares Inc. and who graduated with a master’s in public policy in 2002, wrote: “Mark Kleiman was an amazing professor … He truly cared that we mastered the material. He knew it would serve us in life and in our careers.”

No services are planned. He is survived by a sister, Kelly Kleiman, who posted on social media: “If you are moved to honor him, please donate to the NYU Transplant Institute, the ACLU, or any Democratic candidate.” 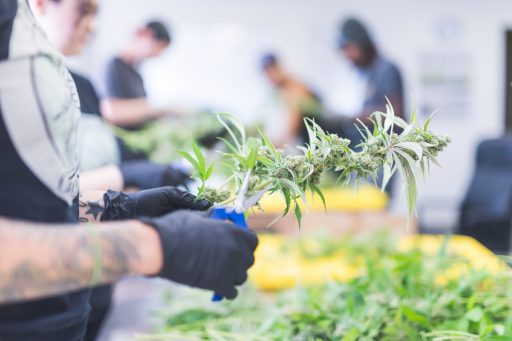 Cannabis plants are cultivated at an indoor growing facility. The legalization of pot for recreational use has spawned a multibillion-dollar industry in California, as well as a labyrinth of policy questions. Photo from iStock

When Californians voted in 2016 to bring the cannabis industry out of the shadows, the aim was to create an environment where marijuana was safe, controlled and taxed. This has not been a simple undertaking.

What will the city-by-city patchwork of laws look like? How can marijuana cultivators safely introduce pesticides into a neighborhood? When will communities see the benefits of tax revenues? How will lifting the stigma on pot use affect adolescents?

The need for facts, evidence and clear thinking has never been greater. Fortunately, UCLA Luskin researchers and policy experts are on the case, among them Public Policy lecturer Brad Rowe MPP ’13.

Proposition 64, the ballot measure that legalized recreational pot, gave each of California’s 482 cities and 58 counties the authority to license cultivation, manufacturing and sales. So far, most have declined to do so.

The more than 160 cities and unincorporated areas that decided to move forward face a labyrinth of policy questions, said Rowe, who launched his own research firm, Rowe Policy + Media, in 2017. He also serves on the faculty of UCLA’s Cannabis Research Initiative, teaches a Public Policy class on drugs and crime, and advises municipalities that are venturing into the marijuana fray.

“Cannabis is a really tricky business, and it’s one that is probably going to have more volatility than most of the other licensing areas,” Rowe said.

“Expectations have been set so high for tax revenues. Common claims from city representatives are, ‘We’re going to build libraries and parks and football programs for the kids,’ ” Rowe said. “The truth is that you’ve got to get your system up and running, and realistically expect that that store that you just licensed may only generate tens of thousands rather than hundreds of thousands in tax revenue for you this year. … It’s hard to pay for your new inspector and the new police officer you just hired, and your financial department has to figure out how to handle the cash.”

Cannabis commerce requires cities to create systems for licensing, taxation, financial compliance and the delicate matter of handling deposits from a largely cash business, Rowe said. They must keep up with evolving regulations from the state’s Bureau of Cannabis Control and shifting signals from the federal government, which strictly prohibits pot.

They will have to consider whether growing outdoors will create a nuisance and how to safeguard first responders against new threats. Firefighters arriving at a site that uses pesticides or volatile solvents for terpene extraction “shouldn’t be inhaling that stuff,” Rowe said.

Some of the policy debates veer toward the high end. Sonoma, he said, is considering whether to permit tastings of cannabis products, just as it does for viognier and pinot noir. “So then we’re getting into on-site consumption, event permits, more cannabis cops,” Rowe said.

On the whole, he said, “it can be a big hairy hassle for the cities, and that’s one of the reasons a lot of them have said we’re going to kick the can down the road and see how these other cities do.”

Rowe’s work with the UCLA Cannabis Research Initiative focuses on criminal and juvenile justice as drug offenses are reclassified.

“Are we even moving away from the war on drugs? That is the intent but in practice it’s a trickier thing, so we’re looking at equity considerations,” he said.

The health and well-being of young people must be a top policy priority, he argues.

“The one thing I am super concerned about is cannabis use disorder among adolescents,” Rowe said, citing brain research as well as recent studies measuring the toll that compulsive pot consumption takes on test scores and analytical skills.

Legalization has led to new funding for research aimed at answering these questions. Proposition 64 earmarks $10 million a year for public universities to evaluate the impact of the law and make recommendations to the state.

Rowe has visited cities up and down the state as a consultant with MuniServices, which helps local governments manage their affairs. He has hosted forums for potential pot licensees, family and faith-based groups, and other stakeholders and says, “There have been some really heartfelt, interesting conversations. Some are opposed and some just want this to be done with caution.”

In a Vice story about the black market for pot, which in many ways is more profitable than the now-legalized marijuana industry, UCLA Luskin Public Policy lecturer Brad Rowe commented that Los Angeles has made cannabis regulation too complicated. Rowe said there should be rewards for compliant businesses, such as fewer inspections and reduced fees. He added that the city must work harder to identify illegal shops and attempt to get them permitted. “It’s been whack-a-mole in the city of L.A. for forever,” said Rowe, who is also affiliated with the university’s Cannabis Research Initiative. 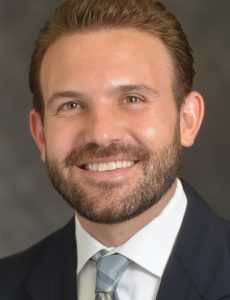 UCLA Luskin Social Welfare’s Ian Holloway has received word that another of his research proposals has been selected for funding. The study, “Tobacco and Cannabis Product Use Among Subgroups of Sexual and Gender Minority Emerging Adults,” will examine trajectories of tobacco and cannabis use among sexual and gender minority young people. Previous studies of tobacco products showed higher frequency of use within LGBT communities, but less is known about specific subgroups of LGBT people or their use of cannabis. Holloway, an associate professor, said the research is timely in the wake of California’s legalization of marijuana and other cannabis products in 2016, and he was happy to learn of the funding by the California Tobacco Related Disease Research Program during the month of June, which is Gay Pride month. “This funding will help us better understand tobacco and cannabis-related health disparities among LGBT young people, which is crucial to improve both short-term and long-term health in LGBT communities” Holloway said. The award amount of $400,000 will fund research in two phases, with initial results expected in about a year. Phase I will consist of qualitative interviews about tobacco and cannabis initiation and progression with LGBT tobacco users ages 18-29 in Los Angeles. In Phase II, 1,000 LGBT young people across California will participate in an online survey about their frequency and intensity of tobacco and cannabis product use. The research will be completed in partnership with the Los Angeles LGBT Center.