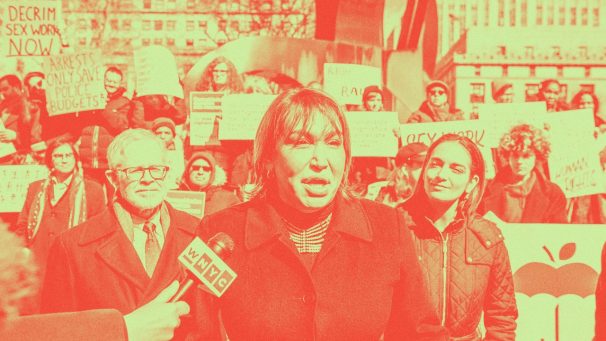 Cecilia Gentili of Decrim NY, which advocates for decriminalization of the sex trade. Photo by Pacific Press

Public Policy Professor Manisha Shah stressed the importance of data-backed claims in a GQ article describing the controversial New York movement to decriminalize sex work in order to make workers safer. “Many people see sex work as morally repugnant, so public policy around it is very rarely based on the actual evidence,” explained Shah, whose 2014 research findings supported decriminalization of the sex work industry. According to Shah, “A lot of people make very big assertions about this topic, but most of the time there just isn’t any data to back them up, or the methodological constraints mean they’re not able to make causal claims.” Shah’s research linked decriminalization to reductions in both rape offenses and female gonorrhea cases. Shah concluded, “Except for the growth of the market, everything else that we worry about from a policy perspective — like public health and violence against women — gets better when sex work is decriminalized.”