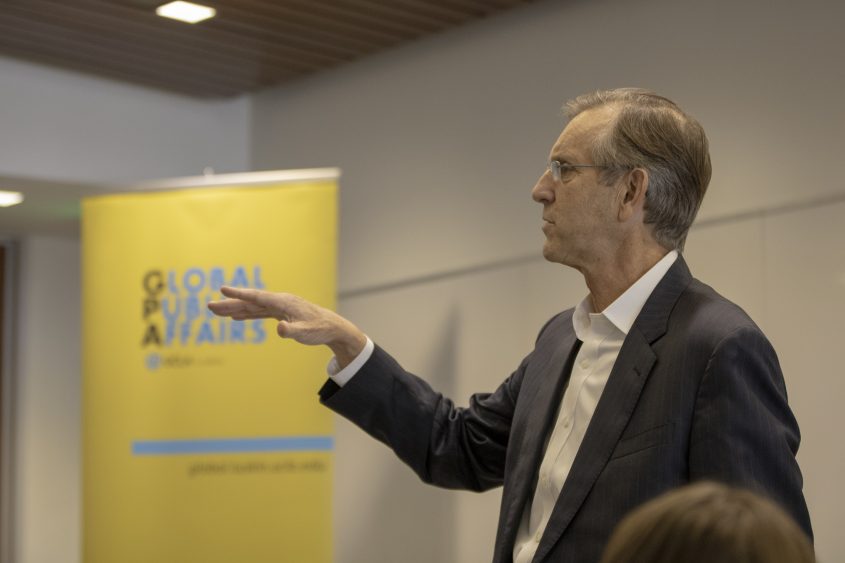 Diplomat, lecturer and author Rick Barton discussed his experience serving as an American ambassador and his recently published book, “Peace Works: America’s Unifying Role in a Turbulent World,” at a Global Public Affairs gathering on Nov. 1, 2018. The ambassador immersed his audience in vivid recollections of his time abroad by weaving in stories of the people he met. Barton spoke of a young woman who became his translator and guide in Sarajevo. Her literal interpretations of Barton’s requests gave him access to vastly diverse spaces in Bosnia-Herzegovina. This allowed him to listen to local voices and better understand the conflict in the region, he said. Local involvement is a guiding principle Barton follows in post-conflict resolution, which “is hard work and it’s modest work,” he said. Building trust with the community through sincere actions is key. “One way you test your sincerity … is how you spend their money and where you put their people,” he said. Barton’s parting advice: Your actions prove your  commitment to building lasting peace. Barton spent more than 30 years tackling global conflict, including in 40-plus crisis zones ranging from Haiti to Turkey.  He is now a lecturer of public and international affairs at Princeton University. — Myrka Vega 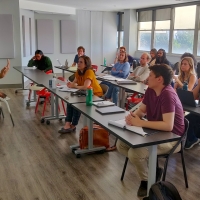 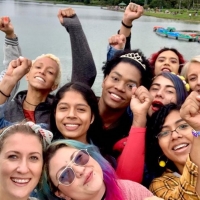 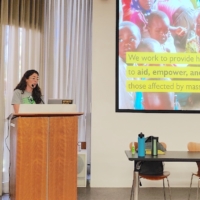