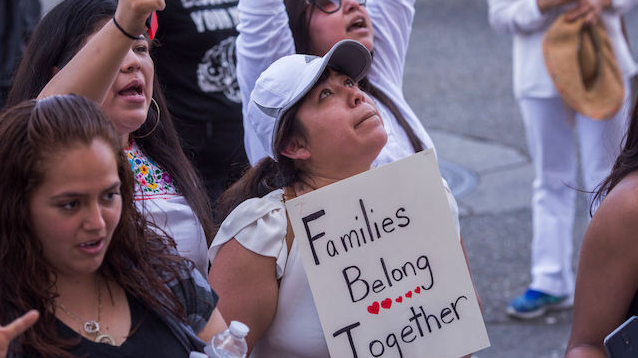 “Walls, Cages, and Family Separation: Race and Immigration Policy in the Trump Era,” a new book co-authored by Associate Professor of Public Policy Chris Zepeda-Millán and University of Washington Associate Professor Sophia Jordan Wallace, takes a closer look at the evolution of U.S. immigration policy leading up to and during the presidency of Donald Trump. Published by Cambridge University Press, “Walls, Cages, and Family Separation” examines the “deeply racist roots” of U.S. immigration policy, which have been exacerbated by the Trump administration’s racially charged rhetoric and policies, including the border wall, migrant family separation and child detention measures. Zepeda-Millán and Wallace point to Trump as the “most blatantly anti-Latino and anti-immigrant president in modern American history” and examine the factors motivating his support base. Their research shows that resentment and fear among whites who feel culturally threatened by Latinos motivates them to support Trump’s immigration policies. They examine how support for immigrant detention and the wall has shifted over the duration of Trump’s presidency, as well as the stereotypes and misinformation that play a role in public perception of immigrants and immigration policy. While Trump’s immigration policies have been widely criticized and are unpopular with many Americans, Zepeda-Millán and Wallace argue that Trump is relying on his ability to “politically mobilize the most racially conservative segment of whites who back his draconian immigration enforcement measures” in his bid for reelection. “Walls, Cages, and Family Separation” is Zepeda-Millán’s second book, following his first release, “Latino Mass Mobilization: Immigration, Racialization, and Activism.”

Roy on Rising Need Amid Government Inertia
Scroll to top