Generation Priced Out: Who Gets to Live in the New Urban America

Generation Priced Out: Who Gets to Live in the New Urban America 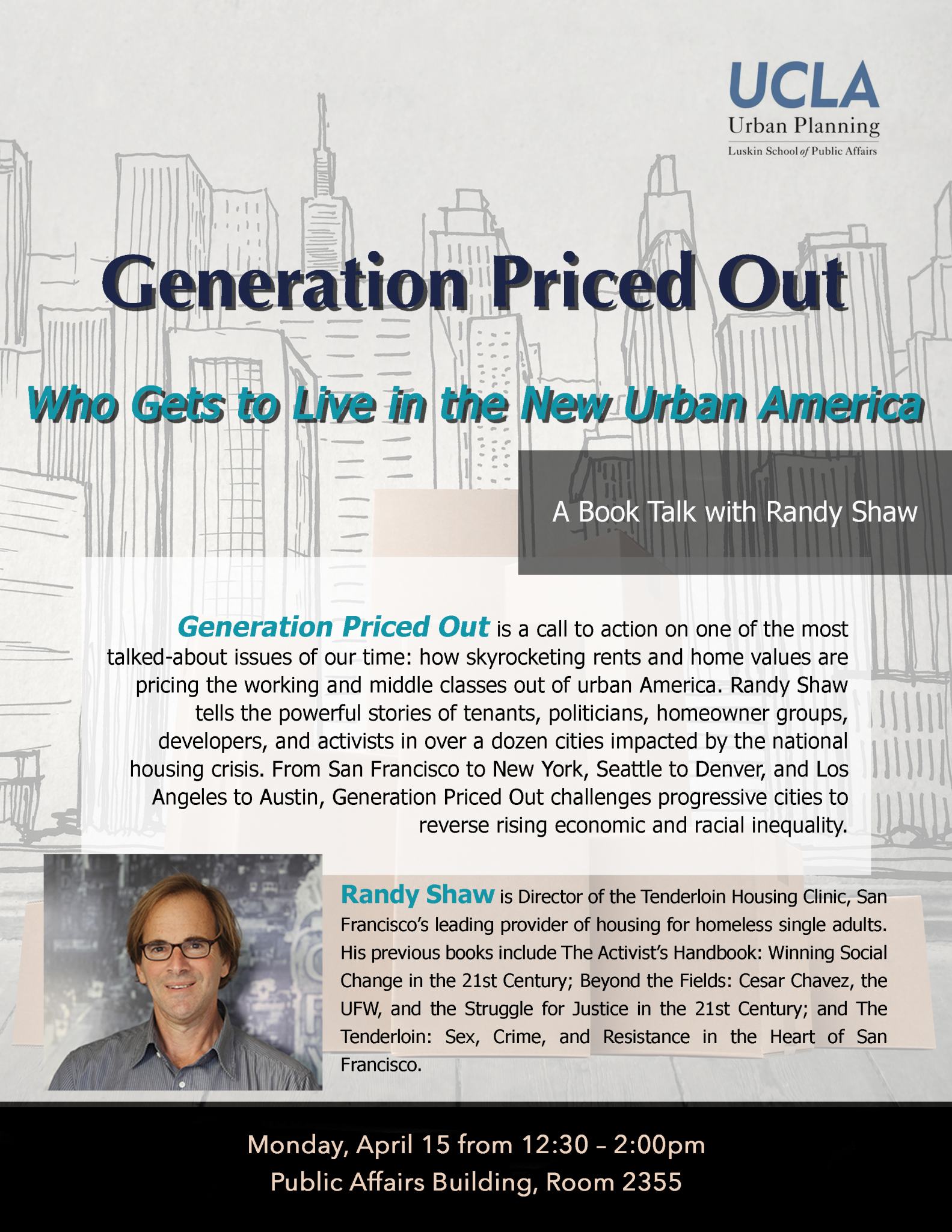 A Book Talk with Randy Shaw

Generation Priced Out is a call to action on one of the most talked-about issues of our time: how skyrocketing rents and home values are pricing the working and middle classes out of urban America. Randy Shaw tells the powerful stories of tenants, politicians, homeowner groups, developers, and activists in over a dozen cities impacted by the national housing crisis. From San Francisco to New York, Seattle to Denver, and Los Angeles to Austin, Generation Priced Out challenges progressive cities to reverse rising economic and racial inequality.

Randy Shaw is the Director of the Tenderloin Housing Clinic, San Francisco’s leading provider of housing for homeless single adults. His previous books include The Activist’s Handbook: Winning Social Change in the 21st Century; Beyond the Fields: Cesar Chavez, the UFW, and the Struggle for Justice in the 21st Century; and The Tenderloin: Sex, Crime, and Resistance in the Heart of San Francisco.