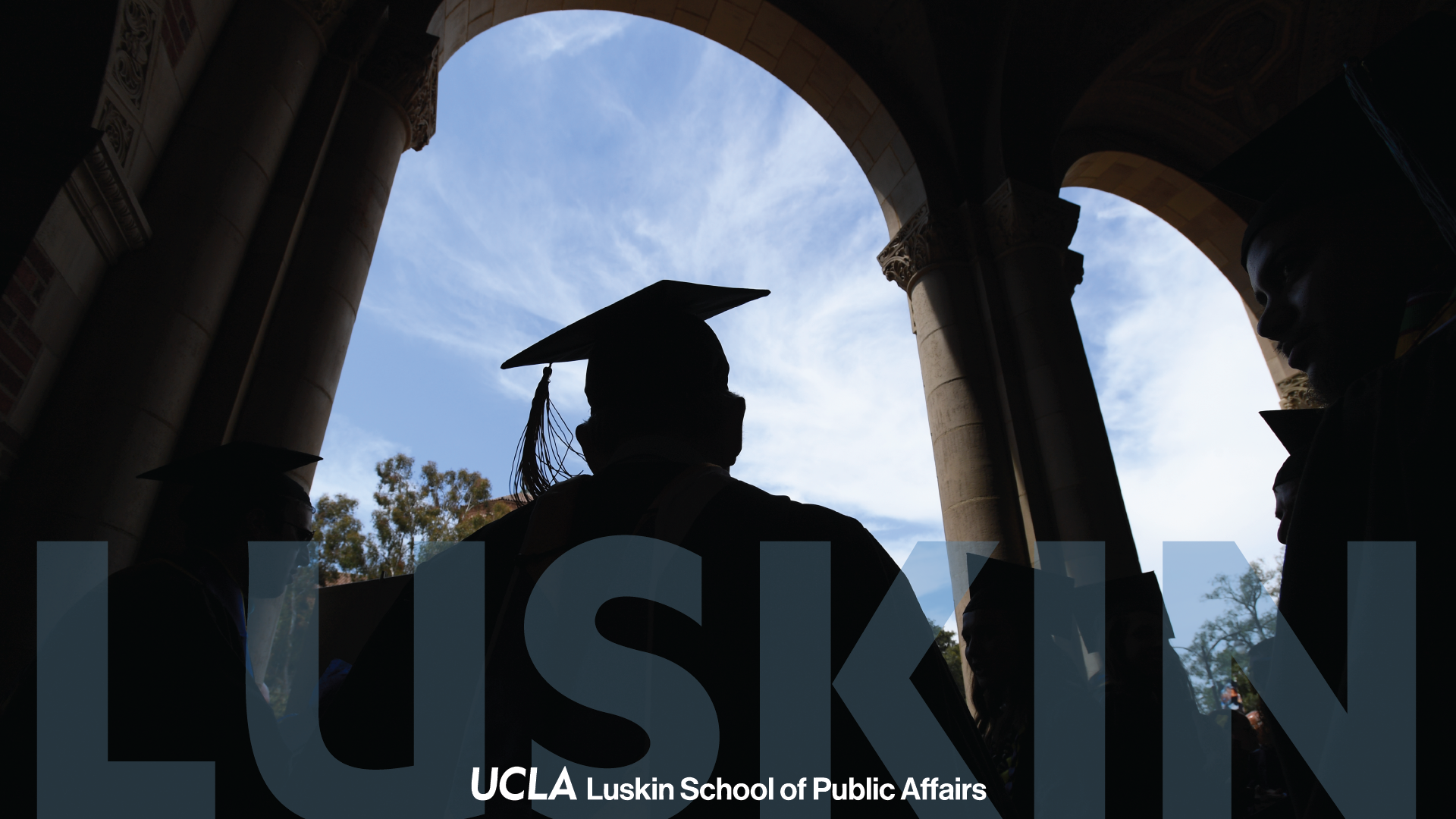 The achievements of the UCLA Luskin Class of 2021 were celebrated at two events organized by the Luskin School:

Commencement ceremony regalia (caps, gowns, hoods and tassels) are now available. The UCLA Store offers undergraduate and ancillary items for sale now. Rental regalia is not available.  Students can have orders shipped or request in-store pickup, or purchase items at our Graduation Etc. store in Ackerman.

Graduation Etc. will take orders through graduation day, but it is best to have student orders placed ASAP.

You can also opt to purchase your cap and gown online from retailers like Amazon.  If you choose to go this route, please be sure that you choose a black cap and gown.

Each graduate will be recognized with a personalized slide and video during the virtual ceremony. You will receive an email from UCLA Luskin or the vendor StageClip requesting that you upload the following information:

You will also be given the opportunity to create a video to thank family and friends for support. (The maximum length is 12 seconds, so be sure to practice before recording it.)

A Snapchat lens will be available to you if you want to “wear” regalia.

The clips will be available for download, so you’ll be able to share your individual post on social media. We will also provide a link to access all the graduates’ slides. It will be live for one month, until July 11, 2021. This will be a public link, although the Luskin School won’t be sharing it outside our community.

We are hosting an online message board that will allow your friends, family and Luskin alumni to post congratulatory messages to you. Note that the board is moderated, and inappropriate content will not be permitted. We highly encourage you to share this link so your loved ones can give you virtual high fives and send positive vibes your way. This board will be live for a year – until June 11, 2022. https://www.kudoboard.com/boards/UCLALuskin2021

Diplomas are produced by the UCLA Office of the Registrar. The name that is reflected in your official university record (not your preferred name) will appear on your diploma. If you would like a different name to appear on your diploma, please complete the Name Change or Correction form and submit it no later than the last day in your degree-expected term.

If you would like your diploma mailed to you, click here to download and print out the form. Fill in the required information and send it to the address on the form along with your choice of payment options.