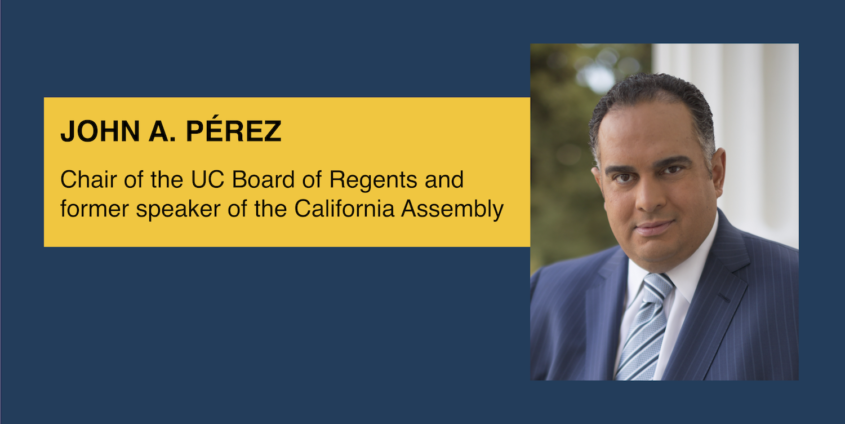 John A. Pérez, a leader in California politics, labor and higher education, was the keynote speaker for UCLA Luskin’s 2020 virtual Commencement celebration.

Pérez, chair of the University of California Board of Regents and former speaker of the state Assembly, addressed graduates at the June 12 ceremony, moved online in light of health concerns related to COVID-19.

“John Pérez is a lifelong advocate for the people of California,” said Gary Segura, dean of the Luskin School. “From his days as a labor leader fighting for working families to his pathbreaking tenure in Sacramento, he has distinguished himself as a public servant who represents every member of this gloriously diverse state.

“John is now at the helm of the nation’s premier public university system at a time of unprecedented challenge,” Segura said. “I am eager to hear his insights on the path forward for higher education.”

Each graduate was celebrated individually with a slide, photograph and brief video greeting before the conferral of degrees. A separate “Kudoboard” featured congratulatory messages to the Class of 2020 from families, alumni and the rest of the UCLA Luskin community.

The virtual Commencement ceremony commenced at 9 a.m. and will remain available for viewing through May 2021.

Pérez’s priorities as a UC Regent include providing an elite education without elitist barriers that keep qualified students out, making sure the UC student body better reflects the people of California and keeping the cost of education affordable, equitable and predictable.

A native Angeleno, Pérez has long been active in the labor movement and Democratic politics. Elected to the state Assembly in 2008, he rose to the speaker’s post in 2010, becoming the state legislature’s first openly LGBTQ leader. He held the top post for more than four years.

In the Assembly, Pérez made affordability and accessibility of higher education a statewide priority. Among his legislative achievements was passage of the Middle Class Scholarship Act, which has provided tuition relief for nearly 100,000 UC and California State University students.

In 2014, Brown appointed Pérez to the UC Board of Regents; his one-year term as chair began in July 2019. In addition to exercising approval of university policies, financial affairs, and tuition and fees, the regents appoint the president of the university. In September 2019, Pérez named a special committee to lead a search for a successor to UC President Janet Napolitano, who plans to step down in August.

Pérez is an advocate for the LGBTQ community and in the fight against HIV/AIDS. In addition to leadership positions with AIDS Project Los Angeles and the Latino Coalition Against AIDS, he served on the President’s Commission on HIV/AIDS under Presidents Bill Clinton and George W. Bush.

The longtime member of the Democratic National Committee has also served as political director of the California Labor Federation. In 2012, fellow speakers from across the nation elected him president of the National Speakers Conference. 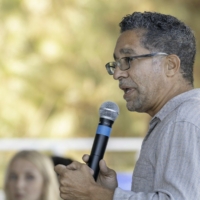 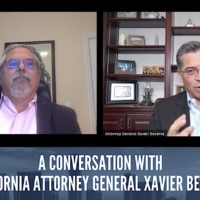 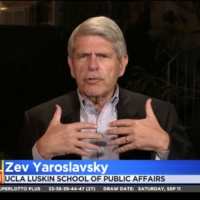