ITS Fall Lecture Series: Where to Put the Port?

ITS Fall Lecture Series: Where to Put the Port? 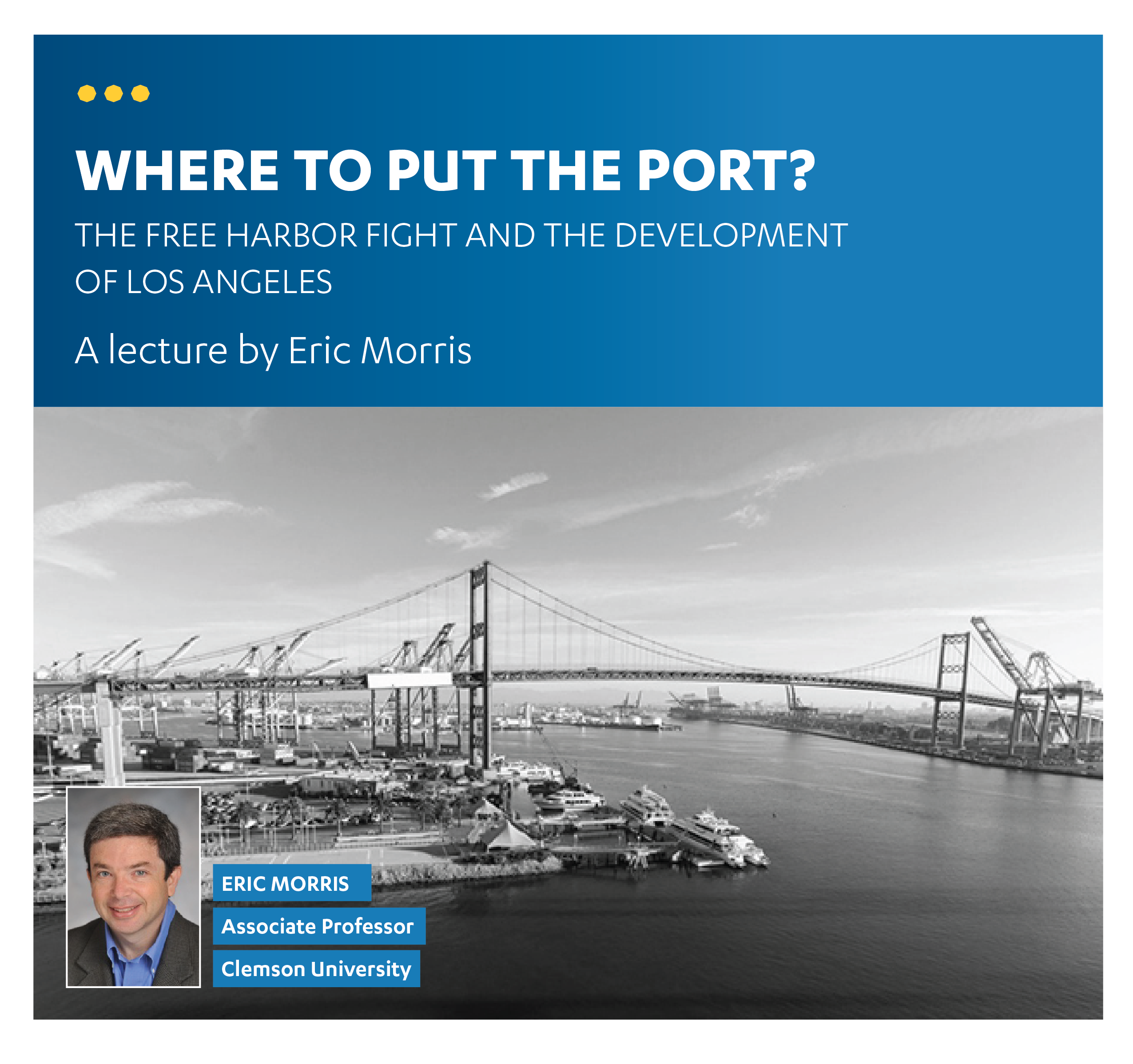 Where to Put the Port? The Free Harbor Fight and the Development of Los Angeles

A lecture with Eric Morris

Los Angeles lacks a natural harbor. Moreover, in the 1880s the rail line to its inadequate port at San Pedro was controlled by railroad magnate Collis Huntington. When his monopoly was threatened, Huntington planned a new port at Santa Monica built with federal money wrested from San Pedro. Huntington chose a site that guaranteed that he would dominate the Santa Monica port. Congress ultimately chose to fund San Pedro instead. Hence San Pedro Bay grew into one of the world’s great ports and Santa Monica was transformed into a glamorous beach resort, with powerful impacts on Los Angeles’ urban geography.

Eric A. Morris is an associate professor of city and regional planning at Clemson University. His research focuses on transportation and happiness, time use, access, and activity patterns. He also is currently co-authoring a book on the historical development of the freeway system. Other interests include shared mobility and connected and autonomous transportation. He wrote a column on transportation for the New York Times for several years and currently serves as handling editor for the Transportation Research Record. Before returning to academia he worked as a travel writer, a sportswriter, and a television writer and producer.