The Future of Federal Housing Policy with Julián Castro

The Future of Federal Housing Policy with Julián Castro 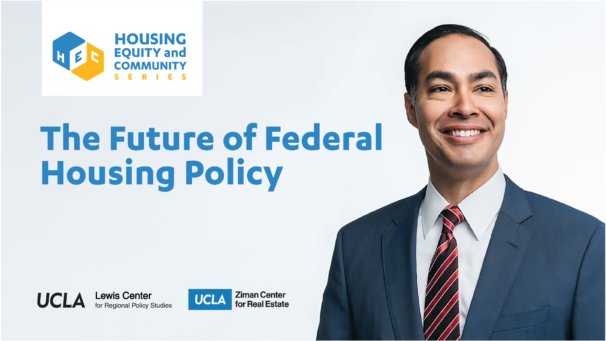 Much of the work of urban planning and policymaking takes place at the state and local level, with the impacts playing out in cities and neighborhoods. But decisions made in cities are also heavily influenced (and funded) by federal policies and programs, and the upcoming election provides sharply contrasting visions for the future of U.S. housing policy. As former mayor of San Antonio and Secretary of Housing and Urban Development during the Obama administration, Julián Castro has a unique insight into the federal government’s role promoting fair housing and housing affordability and equity. On Thursday, Nov. 5, join the Lewis Center for a conversation with Secretary Castro about his vision for housing in the U.S. and how it intersects with work being done in Southern California.

Brainstorm with UCLA MPP: Statement of Purpose
Scroll to top