The Virtuous Cycle of Water and Prosperity

The Virtuous Cycle of Water and Prosperity 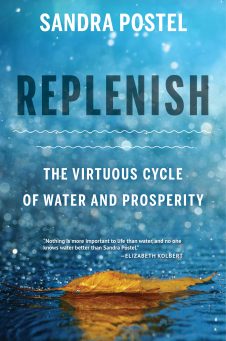 We have disrupted the natural water cycle for centuries in an effort to control water for our own prosperity. Yet every year, recovery from droughts and floods costs billions of dollars, and we spend billions more on dams, diversions, levees, and other feats of engineering. These massive projects not only are risky financially and environmentally, they often threaten social and political stability. What if the answer was not further control of the water cycle, but repair and replenishment?

Sandra Postel takes readers around the world to explore water projects that work with, rather than against, nature’s rhythms. In New Mexico, forest rehabilitation is safeguarding drinking water; along the Mississippi River, farmers are planting cover crops to reduce polluted runoff; and in China, “sponge cities” are capturing rainwater to curb urban flooding.

Efforts like these will be essential as climate change disrupts both weather patterns and the models on which we base our infrastructure. We will be forced to adapt. The question is whether we will continue to fight the water cycle or recognize our place in it and take advantage of the inherent services nature offers. Water, Postel writes, is a gift, the source of life itself. How will we use this greatest of gifts? 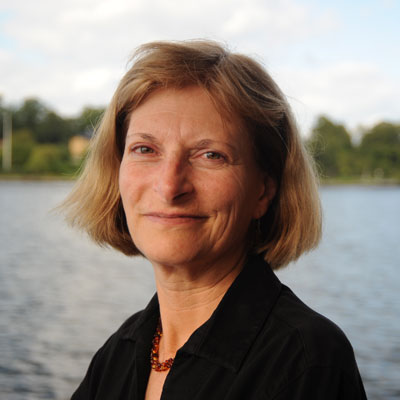 Sandra Postel directs the independent Global Water Policy Project and lectures, writes and consults on global water issues. In 2010 she was appointed Freshwater Fellow of the National Geographic Society. Sandra is co-creator of Change the Course, the national water stewardship initiative awarded the 2017 US Water Prize for restoring billions of gallons of water to depleted rivers and wetlands.

During 2000-2008, Sandra was visiting senior lecturer in Environmental Studies at Mount Holyoke College, and late in that term directed the college’s Center for the Environment. From 1988 until 1994, she was vice president for research at the Worldwatch Institute. Sandra is a Pew Scholar in Conservation and the Environment, and has been named one of the Scientific American 50, an award recognizing contributions to science and technology.

A leading authority and prolific author on international water issues, Sandra has been hailed for her “inspiring, innovative and practical approach” to promoting the preservation and sustainable use of freshwater. She is author of Replenish: The Virtuous Cycle of Water and Prosperity (Island Press, 2017), Pillar of Sand: Can the Irrigation Miracle Last? and of Last Oasis: Facing Water Scarcity, chosen by Choice magazine as a 1993 Outstanding Academic Book. Last Oasis appears in eight languages and was the basis for a 1997 PBS documentary. Sandra’s article “Troubled Waters,” was selected for inclusion in the 2001 edition of Best American Science and Nature Writing. She is also co-author (with Brian Richter) of Rivers for Life: Managing Water for People and Nature (Island Press 2003). Sandra co-founded and regularly contributes to National Geographic’s freshwater blog, Water Currents.

Sandra has authored more than 100 articles for popular and scholarly publications, including Science, Natural History, Scientific American, Foreign Policy, Ecological Applications, Technology Review, Environmental Science and Technology, International Wildlife, and Water Alternatives. She has written some 20 op-ed features that have appeared in more than 30 newspapers in the United States and abroad, including The New York Times, the L.A. Time, and The Washington Post. A frequent conference speaker and lecturer, she has also served as commentator on CNN’s Futurewatch, addressed the European Parliament on environmental issues, and appeared on CBS Sunday Morning, ABC’s Nightline, and NPR’s Science Friday. She also appears in the BBC’s Planet Earth, Leonardo DiCaprio’s The 11th Hour, and the National Geographic Channel’s Breakthrough series.

Sandra is Water Fellow of the Post Carbon Institute, and has served as advisor to the Division on Earth and Life Studies of the U.S. National Research Council, as well as to American Rivers. She has served on the Board of Directors of the International Water Resources Association, and on the editorial boards of Ecosystems, Water Policy, and Green Futures. She received a B.A. (summa cum laude) in geology and political science at Wittenberg University and an M.E.M. with emphasis on resource economics and policy at Duke University. Sandra has been awarded several honorary Doctor of Science degrees, as well as the Duke University School of Environment’s Distinguished Alumni Award.