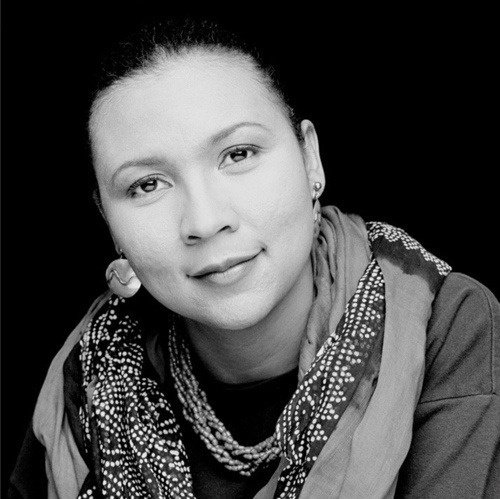 “It is obvious that many women have appropriated feminism to serve their own ends, especially those white women who have been at the forefront of the movement; but rather than resigning myself to this appropriation I choose to re-appropriate the term ‘feminism’, to focus on the fact that to be ‘feminist’ in any authentic sense of the term is to want for all people, female and male, liberation from sexist role patterns, domination, and oppression.” – “Ain’t I a Woman,”  by bell hooks

bell hooks (Gloria Jean Watkins) was an American scholar, Black feminist, author, and social activist, and African American woman born September 25, 1952 and died December 15, 2021. Her work examined the connections between race, gender, and class. She explored the perceptions of Black women and black women writers and the development of feminist identities.

Her writings focused on the intersectionality of race, gender, and capitalism. She gave so many people the language and the ability to challenge oppression, patriarchal system through her work. She will always be remembered as a scholar and activist that gave Black women a voice and called it out when not. Today we honor bell hooks, her work, and what she stood for.

Feminist Theory from Margin to Center (1984)

Communion: The Female Search for Love (2002)

The Will to Change: Men, Masculinity, and Love (2004) Writing Beyond Race: Living Theory and Practice was published in 2012.

She also wrote a number of autobiographical works, such as Bone Black: Memories of Girlhood (1996) and Wounds of Passion: A Writing Life (1997). 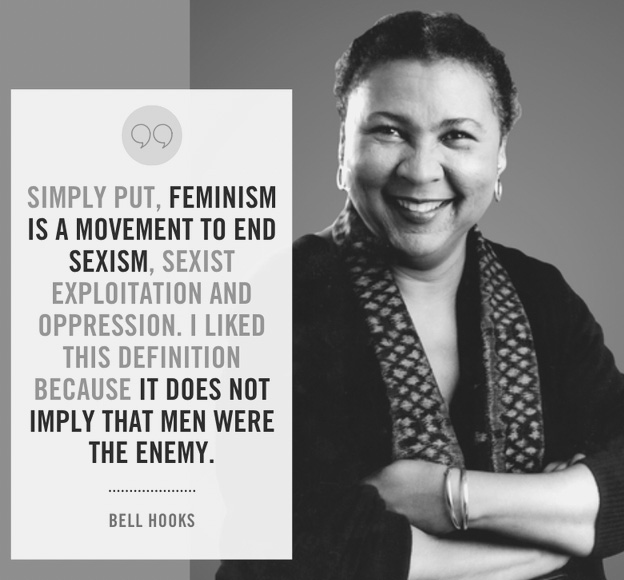 “Think of all the women you know who will not allow themselves to be seen without makeup. I often wonder how they feel about themselves at night when they are climbing into bed with intimate partners. Are they overwhelmed with secret shame that someone sees them as they really are? Or do they sleep with rage that who they really are can be celebrated or cared for only in secret?”― bell hooks, Communion: The Female Search for Love

“The function of art is to do more than tell it like it is-it’s to imagine what is possible.” ― bell hooks

“Love is an action, never simply a feeling.” ― bell hooks

“I want there to be a place in the world where people can engage in one another’s differences in a way that is redemptive, full of hope and possibility. Not this “In order to love you, I must make you something else”. That’s what domination is all about, that in order to be close to you, I must possess you, remake and recast you.” ― bell hooks, Reel to Real: Race, Sex, and Class at the Movies

“Contrary to what we may have been taught to think, unnecessary and unchosen suffering wounds us but need not scar us for life. It does mark us. What we allow the mark of our suffering to become is in our own hands.”

“I am passionate about everything in my life–first and foremost, passionate about ideas. And that’s a dangerous person to be in this society, not just because I’m a woman, but because it’s such a fundamentally

“Being oppressed means the absence of choices.” ― bell hooks

Short videos of her work

Bell Hooks was an inspiring, strong, and courageous woman who stood for equity for all. She has touched the lives of countless individuals, communities, and the universe. She is a model of what it means to be selfless, loving, and determined to make the world place where all identities matter.

Let us remember her and keep her legacy alive as we strive to create a more equitable world where everyone thrives.