For their new book, the authors interviewed 25 men and women ages 18-25 in Los Angeles who aged out of the juvenile justice system. Photo illustration by Stan Paul

What are the prospects for young men and women who grow up in and then age out of the juvenile justice system?

Research and the media paint a bleak picture for those whose formative adolescent years have been intertwined with incarceration, and may continue to traverse the revolving door of probation, detention and corrections into their adult lives.

Desistance is often defined as “the movement toward the complete termination of offending,” yet in their study the authors are able to hone in on the nuances of this process for young adults.

Abrams and Terry collected firsthand stories and insights to answer the following questions: What does everyday life look like for young people who age out of the juvenile justice system? And how do young people navigate the transition to adulthood while attempting to stay out of the hands of the law?

Terry, now a senior research associate at Loyola Marymount College’s Psychology Applied Research Center, and Abrams interviewed 25 men and women ages 18-25 in Los Angeles who aged out of the juvenile justice system. Some interviews spanned numerous years to understand the transition as “emerging adults” and the participants’ “everyday” experiences of constructing lives after growing up in the juvenile justice system.

The researchers said that they looked at those whose lives lie between the extreme narratives that predict failure or success against all odds. They focused on the challenges and opportunities of desistance from crime and alongside becoming an adult — those neither giving up on their goals nor experiencing a simple and straightforward pathway to success.

“Criminal desistance is not an end goal; it is a process. And it is certainly not linear,” Abrams said. The book is the culmination of a decade of Abrams’ work on juvenile re-entry and desistance — research she started upon arriving at UCLA in 2006.

Among the chapters in the books are “The Road to Juvie,” “Locked Up and Back Again” and “Now I’m an Adult.” The book also covers the very different points of view and experiences of men and women in the juvenile justice system.

“The young women have a unique story, and much of their post-incarceration lives revolve around finding and experiencing a sense of ‘home’ that they didn’t have in their youth,” Abrams said.

Another chapter, “You Can Run but You Can’t Hide,” points out the dangers that persist when youth transitioning to adulthood return to their old neighborhoods. Those youths said that they feel marked by their histories.

“We’re all marked. Forever. All of us. No matter how much the transformation,” said a young man named Oscar, whose story features prominently in the book.

Abrams and Terry said that they count this discovery as one of the most important lessons they learned from the interviews. “From the young men’s world view, being marked was partially related to the stigma from appearance, age and race, but was also tied to navigating the urban environments of Los Angeles as former gang members, drug dealers and those who law enforcement viewed as criminals,” Abrams said.

Abrams and Terry previously published a paper from these interviews, “You Can Run But You Can’t Hide”: How Formerly Incarcerated Young Men Navigate Neighborhood Risks.” In that paper, published in the journal Children and Youth Services Review, the researchers wrote about how young men contend with everyday risks — including old gang ties — and complex survival strategies in high-adversity environments.

Abrams and Terry said that research from criminology to biology informed their newest study. But it was the insights gathered from more than 70 interviews that helped them understand the factors that may affect criminal desistance — age, maturity, social bonds, internal motivation, external hooks for change, and neighborhood conditions, among others.

“Although we fully acknowledge that the juvenile justice system continues to create a group of youth who are disadvantaged as they enter adulthood, we contend that these young men and women are a great deal more than their bleak odds,” the authors wrote. They also note that as juveniles age out of the system and are suddenly deemed adults left to their own devices, they are thrust into adulthood and responsibility earlier than their peers who may have access to more social and economic resources.

“Transitioning to adulthood with little support and an incarcerated past is hard,” Abrams said. “There is a lot of trauma to contend with. Most of the youth were struggling with just daily needs. Their lives changed rapidly and unpredictably.”

In the final chapter, the authors recognize the limitations of social safety nets in providing youth with everything needed to overcome barriers to criminal desistance. They call for specific policies for this group similar to those that exist for former foster youth.

“As we listened to the narratives of our participants and watched their adult lives unfold, we were amazed at the ingenuity and resilience of these young men and women to navigate immense obstacles they faced,” Abrams said. “In the end, their stories taught us that all young people have the capacity to reach beyond the labels assigned to them.” 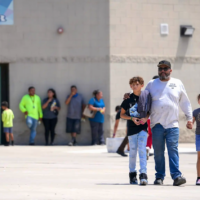 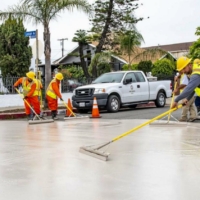 A Reflection on 30+ Years at UCLA

Paper on Nature of Cities Earns Accolades
Scroll to top