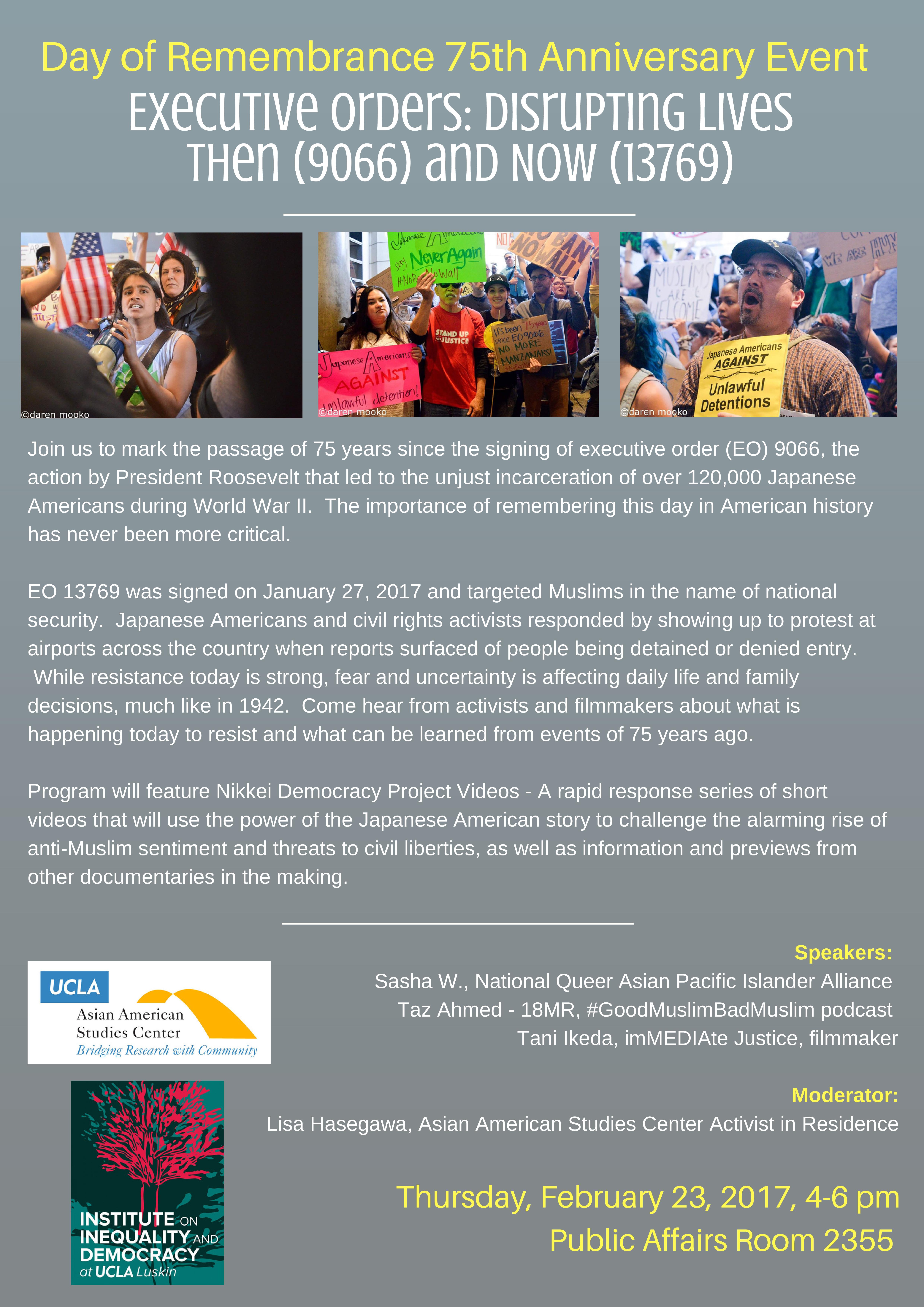 Join us to mark the passage of 75 years since the signing of executive order 9066, the action by President Roosevelt that led to the incarceration of over 120,000 Japanese Americans during World War II.

75 years later,  the importance of remembering this day in American history has never been more critical.  With the signing of executive order 13769 on January 27, 2017 targeting Muslims in the name of “Protecting the Nation From Foreign Terrorist Entry Into the United States,” Japanese Americans and civil rights activists responded enmasse showing up to protest at airports across the country when reports surfaced of people being detained or denied entry.  While resistance today is strong, fear and uncertainty is affecting daily life and family decisions, much like 1942.

Come hear from activists and filmmakers about what is happening today to resist and what can be learned from events of 75 years ago.

Program will feature Nikkei Democracy Project Videos–A rapid response series of short videos that will use the power of the Japanese American story to challenge the alarming rise of anti-Muslim sentiment and threats to civil liberties and information and previews from other documentaries in the making.