LOS ANGELES—Los Angeles’ groundbreaking new rooftop solar energy program is delivering on its promise to bring cost-effective, clean power to tens of thousands of LADWP customers, and is ready for a significant expansion that would bring even greater benefits to Angelenos, according to a new report issued today by J.R. DeShazo, Director of UCLA’s Luskin Center for Innovation.

Under the feed-in-tariff (FiT) program, the design of which was informed by previous research from the Luskin Center, electric power generated by solar rooftop installations on office and retail buildings, warehouses and apartment complexes is sold to the Los Angeles Department of Water and Power (LADWP) for use by its residential and business customers.

After numerous interviews with primary stakeholders, including solar developers and participating property owners, the UCLA researchers evaluated the initial two phases of the program, representing about 40 megawatts (MW) of solar power. These two allocations received a total of 256 program applications. Based on the successful rollout, the research team concluded that the “FiT 100” is on track to deliver 100 MW of carbon-free energy by 2015 – enough to power more than 21,000 homes annually.

Importantly, the program is also on track to deliver on the jobs, economic and sustainability goals outlined when city officials approved the program in 2012. And the cost of power – averaging 15 cents per kilowatt-hour – is lower than any other similar FiT program in North America.

“The Los Angeles Business Council has been one of the strongest advocates for a viable feed-in-tariff program to produce 100 megawatts of solar electricity,” said L.A. City Councilmember Mitchell Englander. “Together the City of Los Angeles and the LABC have made great strides towards our efforts to reduce the City’s dependency on coal, moving away from centralized generation toward a more distributed model while creating thousands of local jobs in the process. Although the first and second tranches were successful, this study highlights an opportunity to make the process more user-friendly and cost-efficient in the future.”

In addition to clear environmental benefits, the installation of the first 40 megawatts is on course to generate 862 jobs, and the full 100 MW program is expected to create more than 2,000 jobs – 1,370 direct jobs plus 785 more indirectly related to the program, according to the UCLA study. The FiT 100 is also expected to deliver approximately $300 million in direct investment in the City of Los Angeles by solar companies and other businesses involved in the program.

Once the full FiT 100 program is in place, the UCLA research team estimates that as many as 2.7 million tons of greenhouse gases will be displaced from the environment every year. “Imagine taking away the emissions from about half a million cars annually. That’s what this solar program is on track to deliver by replacing dirty, coal-fired power with clean, renewable solar power,” said Evan Gillespie, Western Region Deputy Director of the Sierra Club.

“Rooftops of office buildings, warehouses and apartments within the Los Angeles basin are proving to be outstanding sites for solar power plants,” according to Brad Cox, Chairman of the LABC Institute. “With about 10,000 acres of rooftops in Los Angeles, we think the sky is the limit for the solar FiT program.”

“The UCLA findings on the FiT program’s launch provide the hard economic and environmental data that city officials need to justify expanding the program,” said L.A. City Councilmember Paul Koretz “We have the potential to scale this program like no other city in America, and the environmental and economic benefits will be impressive in their size and scope for decades to come.”

The CLEAN LA Solar Coalition, spearheaded by the Los Angeles Business Council, has long touted the benefits that the solar FiT could bring to diverse communities throughout Los Angeles. The UCLA analysis confirms that applications received for the first two waves of the program came from each of L.A.’s 15 City Council districts, with the largest number coming from the sun-rich San Fernando Valley and others coming from South Los Angeles. The FiT is seen by many as a geographic complement to the LADWP’s existing net metering solar program, whose participants are largely on LA’s west side.

“Every community should benefit from this rooftop solar program, and so far it’s clear that effective rooftop solar can create opportunities in every part of the city,” said Manuel Pastor, Director of USC’s Program for Environmental and Regional Equity. The FiT’s early installations show the diversity of opportunity throughout the city. In June 2013, residents celebrated the first FiT connection atop an apartment building in North Hollywood. In December, a solar array was activated on the roof of Southern California Trophy Company’s 20,000-squarefoot-production facility in downtown Los Angeles, and most recently a 500-KW installation on a warehouse in Chatsworth. Numerous other projects are set to go live in 2014.

While acknowledging the strong rollout of the FiT, the UCLA research team also identified ways to improve several aspects of the program, especially as it scales to 100 MW and then to 600 MW. To incentivize small projects, the LADWP should consider differentiating the tariff paid to small and large project categories, potentially improving the financial viability of small projects. Another solution, according to the report, may be to increase the size range for a small project.

The study recommends several areas for possible improvement as the program expands. To create more certainty for solar companies and building owners, the LADWP should anticipate costs to connect the new solar arrays to the electrical grid. Also, the city’s Building & Safety Department should issue clearer guidelines and a resources manual to make the permit process more streamlined and efficient.

Also, the UCLA study suggests that the LADWP extend its FiT contracts from 20 to 25 years. Doing so will help the utility secure renewable energy for a longer time period, and assist solar developers in improving financing terms. The team also believes that greater awareness of the program would incentivize more building owners to make their rooftops available for solar projects.

At LABC’s request, the USC Program for Environmental & Regional Equity is evaluating how the FiT can maximize its economic impact locally, especially on hiring and investment in low-income communities. The USC study is scheduled to be released at the 2014 LABC Sustainability Summit in April.

For more information about the Los Angeles Business Council and the CLEAN LA Coalition that worked to bring this program together, please visit www.cleanlasolar.org. 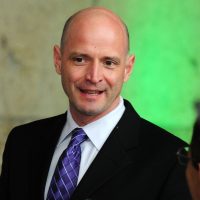