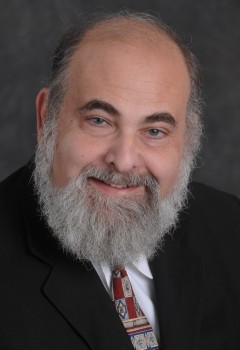 Mark Kleiman died July 21, 2019. A memoriam to his life and career can be found here.

Mark Kleiman was Professor Emeritus of Public Policy in the UCLA Luskin School of Public Affairs and was employed at NYU at time of his death.

Mr. Kleiman was the author of Marijuana: Costs of Abuse, Costs of Control; of Against Excess: Drug Policy for Results;  and of When Brute Force Fails: How to Have Less Crime and Less Punishment, listed by The Economist as one of the “Books of the Year” for 2009.  Drugs and Drug Policy: What Everyone Needs to Know (co-authored with Jonathan Caulkins and Angela Hawken) was published in July 2011 by Oxford University Press. He edited the Journal of Drug Policy Analysis.

In addition to his academic work, Mr. Kleiman provided advice to local, state, and national governments on crime control and drug policy. Before he came to UCLA in 1995, he taught at Harvard’s Kennedy School of Government and at the University of Rochester. Outside of academia, he had worked for the U.S. Department of Justice (as Director of Policy and Management Analysis for the Criminal Division), for the City of Boston (as Deputy Director for Management of the Mayor’s Office of Management and Budget), for Polaroid Corporation (as Special Assistant to the CEO, Edwin Land), and on Capitol Hill (as a legislative assistant to Congressman Les Aspin). He graduated from Haverford College (magna cum laude, majoring in political science, philosophy, and economics) and did his graduate work (M.P.P. and Ph.D.) at the Kennedy School.

Mr. Kleiman blogged at The Reality-Based Community, at samefacts.org

When Brute Force Fails
Since the crime explosion of the 1960s, the prison population in the United States has multiplied fivefold, to one prisoner for every hundred adults — a rate unprecedented in American history and unmatched anywhere in the world. Even as the prisoner head count continues to rise, crime has stopped falling, and poor people and minorities still bear the brunt of both crime and punishment. When Brute Force Fails explains how we got into the current trap and how we can get out of it: to cut both crime and the prison population in half within a decade.
Read more