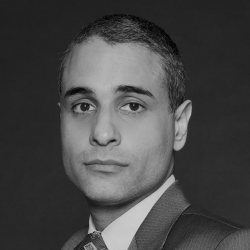 Siddharth Kara is an author, researcher and activist on modern slavery. Over the past two decades, Kara has conducted ground research in more than 50 countries to personally document the cases of several thousand slaves and child laborers.

In addition to several academic reports and journal articles, Kara has published three books with Columbia University Press: “Sex Trafficking: Inside the Business of Modern Slavery” (2008); “Bonded Labor: Tackling the System of Slavery in South Asia” (2012); and “Modern Slavery: A Global Perspective” (2017). “Sex Trafficking” earned the Frederick Douglass Book Prize, awarded to the best book written in English on slavery or abolition, and was later turned into the Hollywood movie “Trafficked.”

Kara’s fourth book, “Cobalt Red: How the Blood of the Congo Powers Our Lives,” is scheduled for release by St Martin’s Press in January 2023. The book documents Kara’s research on cobalt mining in the Democratic Republic of the Congo. Cobalt is used in the batteries of almost every mobile phone, tablet, laptop and electric vehicle made today, with almost 75% percent of the global supply of cobalt being mined in the Congo under appalling conditions. A feature film inspired by “Cobalt Red” is currently in preproduction.

While much of Kara’s research has been self-supported, some of his projects have been funded by Google.org. Humanity United, the Global Fund for Human Rights and the C&A Foundation.