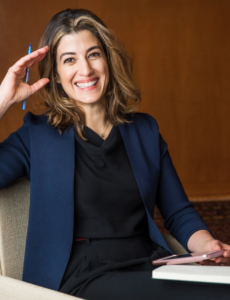 Nathalie Rayes is the President and CEO, of the Latino Victory Project, a nationwide political organization dedicated to making sure Latino voices are heard by empowering Latino voters, developing a pipeline of Latino donors, and developing Latino candidates through three entities: Latino Victory Fund, Latino Victory Project and the Latino Victory Foundation.  Most recently Nathalie was the Vice President of Public Affairs for Grupo Salinas in the U.S., a Mexican conglomerate with US$6 billion in annual sales and 90,000 employees in Mexico, the United States, and Central and South America, and with operations in the broadcasting, retail, banking and financial services, telecommunications and internet. Nathalie was also in charge of Grupo Salinas’ philanthropic activities in the United States, which seek to improve the quality of life of Latinos by partnering with existing nonprofits to empower, create awareness and motivate change on social and civic issues. She previously served as Deputy Chief of Staff to Los Angeles’ Mayor James K. Hahn, under whom she directed the Mayor’s Office of Intergovernmental Relations and helped establish the city’s Office of Immigrant Affairs, and as Senior Advisor to Los Angeles Councilmember Mike Feuer.

2013 MPP Alumnus of the Year
Scroll to top