ALUMNA NAMED ONE OF 25 MOST POWERFUL LATINAS

Nathalie Rayes ’96, MPP ’99 was recently honored by People En Español as one of the magazine’s 25 most powerful Latinas (las 25 más poderosas) in the United States.

Rayes is the president and CEO of Latino Victory, a progressive organization working to build political power by increasing Latino representation at every level of government.

Latinos are 18% of the population “but 1% of political power,” she said. “That is unacceptable; this is supposed to be a representative government.”

The honor underscores the need to elevate more Latinas to positions of leadership.

Previously, Rayes was vice president of public affairs for Grupo Salinas in the United States, coordinating philanthropic activities seeking to improve the quality of life of Latinos by partnering with nonprofit organizations to empower, create awareness, and motivate change on social and civic issues.

Much of her prior experience was in Los Angeles politics, serving as deputy chief of staff for Mayor James K. Hahn and directing the Mayor’s Office of Intergovernmental Relations. She also has served as chief liaison to federal, state and regional governments and to the City Council on international trade, protocol and immigrant affairs, as well as holding appointments to city commissions and boards. And she was previously senior policy advisor to Los Angeles City Councilman Mike Feuer, heading activities related to citywide legislation and ordinances impacting his district.

Rayes also served as a Department of State fellow focusing on economics and politics in the U.S. Embassy in Cairo, Egypt.

His work with the Didi Hirsch Suicide Prevention Center began prior to attending UCLA Luskin, and he has remained active there in a variety of roles, including shift supervisor, crisis counselor, follow-up counselor and trainer. He’s been a co-facilitator of a support group for survivors of suicide attempts and a member of the center’s suicide response team.

Stefan said a crucial component of any suicide prevention effort is to normalize talking about one’s feelings in an honest and informative manner.

Just as stigma reduction was important in paving the way for sex education and reproductive health in schools, likewise now society must become educated about the full range of human feelings and experiences, Stefan said. While there is suffering in the world, he said suffering in silence often leads to more exhaustion and feelings of helplessness, hopelessness and disconnection.

Stefan’s MSW studies at UCLA taught him valuable lessons — curiosity, to look at the big picture and the joy of learning from others.

“From Day 1, there was an invitation to forever be students,” he recalled, noting that he appreciated that UCLA Luskin Social Welfare’s educational approach went beyond studying for two years “and then you’re good to go.”

He said his professors served as role models, continuing to learn as part of their effort to be “better cheerleaders and advocates.”

Stefan said he also was taught to view work from a bigger, more holistic perspective. Social workers must not focus attention just on the client, he said, but also on the broader picture that includes their family and environment. All people are connected to our communities, he said.

Lastly, he learned from professors and classmates about how much joy it is to be of service and to learn about people who are different from oneself.

“Suicide prevention is such a life-affirming and loving field, in the same way that grief is all about love,” Stefan said. “I couldn’t anticipate all the honesty I learned in this field, and Luskin was a good place to learn that foundation.”

Through his work with a crisis hotline, Stefan said he has found courage and taken inspiration from callers.

“Maybe we don’t need to keep everything to ourselves anymore, because it’s the silence that kills – we don’t have to live our lives separately,” he said. “The opposite of suicide isn’t to stay alive, it’s safe connection and healthy relationships.”

The Didi Hirsch crisis hotline service that focuses on suicide prevention receives more than 130,000 calls, text messages and crisis chats per year, and callers have ranged in ages from 8 to 102. Didi Hirsch also runs the Suicide Prevention Counseling Center, where adults, youth and families can receive therapy support that relates to suicide prevention or bereavement. Support groups assist adults and teens who have attempted suicide or who have lost someone to suicide.

He is a member of the Los Angeles Mayor’s Office Crisis Response Team serving Angelenos who are experiencing traumatic losses within their families.

People in crisis or who know someone who is can call the National Suicide Prevention Lifeline at (800) 273-8255 or get help online at suicidepreventionlifeline.org.

Writing in 2018 for the American Planning Association (APA), Jonathan Pacheco Bell MA UP ’05 said that we cannot plan from our desks, coining the term “embedded planning.”

For him, embedded planning is a practice, or praxis, and not a theory — taking ideas from planning and creating change in society. Throughout his work, he prioritizes street-level engagement. His office is the neighborhood and work is done in constituents’ spaces: homes, churches, businesses or bus stops.

Situating urban planners’ work on the street level leads to better results than can be found solely through statistics, Bell argues. Embedded planning happens on the doorsteps of the people affected rather than in intimidating places like city hall or at community meetings where voices can get overshadowed. Speaking directly to constituents establishes relationships, builds trust and lets residents know early about ordinances that could impact them.

Bell, who worked at Los Angeles County’s Department of Regional Planning for 13 years, sought to improve unincorporated areas. In 2021, he founded his own company, C1TYPLANN3R, to focus on writing, publishing, speaking engagements and other methods of moving embedded planning from an idea in his head to a practice that is actively pursued.

Anastasia Loukaitou-Sideris, distinguished professor of urban planning and associate dean at UCLA Luskin, was one of the professors who made a significant impact on Bell. “He is very passionate about his work and about the communities he is planning for, always measuring the success of his plans through the welfare of communities he serves,” she said.

Bell was recently appointed by Pasadena Mayor Victor Gordo as a public library commissioner in the most ethnically diverse district in the city. His degrees in information and library science and urban planning will help him seek ways to expand the library’s impact on daily lives and better advance equity.

“People’s lives are at the heart of planning. We must understand their experiences to assuage their struggles,” Bell said. “We live up to the promise of creating equitable communities when we’re out there, in the communities, doing the work. We owe it to ourselves as conscientious practitioners. We owe it to planning students who represent the future of our profession. Above all, we owe it to the people we serve.” 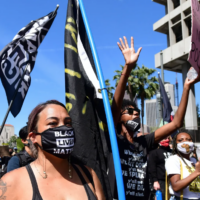 Yaroslavsky on Standing Up Against Hate 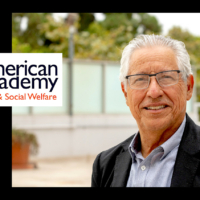 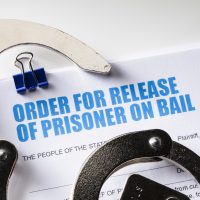