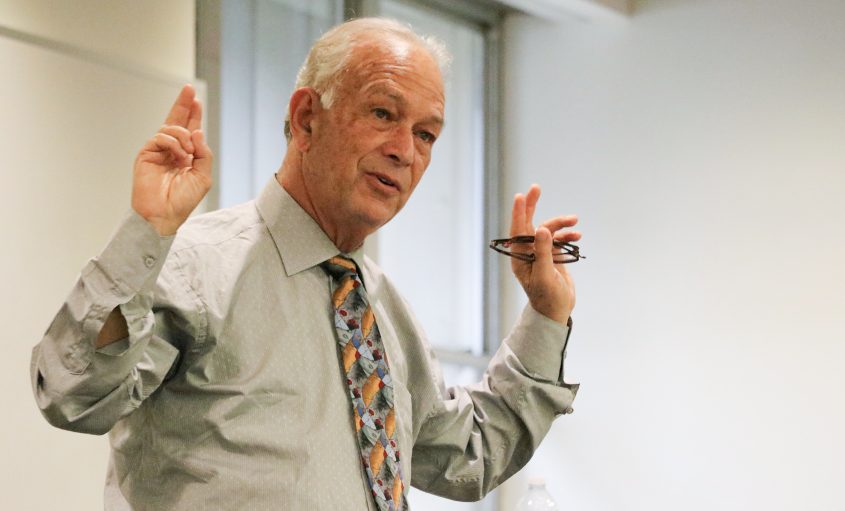 As a former senior Foreign Service officer for the U.S. State Department, Peter Kovach’s decades-long diplomatic career took him around the globe, from assignments in Japan, Jordan and Morocco to posts in Pakistan, Yemen and Bahrain. His accomplishments include groundbreaking work incorporating aspects of religion, values and civil society into U.S. diplomacy, with his most recent assignment leading the Office of International Religious Freedom.

The former Diplomat in Residence at the UCLA Luskin School of Public Affairs, who has also held posts in Washington D.C., delivered the first in a new Senior Fellows speaker series made possible by the generosity of Luskin donors. Kovach, also a Luskin Senior Fellow, discussed how religion and philosophy can influence identities — political and social — in his presentation, “Religion and Diplomacy — A Slow but Steady Courtship,” providing a historical perspective of religion and U.S. foreign policy around the world.

“It (religion) has got a bad rap as sort of a creator of conflict,” Kovach said. “The fact is, I think, according to conflict theory, it’s kind of a downstream element,” adding his observation that insecurity — physical and economic — rather than religion is the most immediate cause of conflict.

Kovach, who began his diplomacy career in 1980, said his personal education as a religion major in college and a spiritual journey while an undergraduate led him to India where he studied under the tutelage of a French Benedictine and swami who embraced both Catholic and Hindu traditions.

“I have Jewish, Catholic and Muslim antecedents, and my parents were militant agnostics — if not atheists — but we lived as an extended family and I had some very devout Catholic relatives growing up in Irish Catholic Boston,” Kovach said.

Explaining why he shares his own religious background, Kovach said, “I do this because one of the real cornerstones of engaging as a diplomat with faith-based civil society is knowing your own biography and being able to be open about it.”

Kovach said the theme of his talk was inspired by a conversation he had with the CEO of a major U.S. cable and satellite television network who told him, “culture trumps strategy.”

“I think that is such a good comment on several levels but definitely in bureaucracies and in governments,” Kovach said, expanding on his premise that religion and philosophical values matter on personal and communal levels. “They’re embedded in all human endeavors.”

Kovach also talked about impediments to engaging the secular with the non-secular, the history of that engagement and finding overlaps, such as ethics, to “the great traditions” of the world. “Economic decisions and cooperation are influenced by faith communities at times, by values, by institutions,” he said.

“That’s where as a diplomat we get very, very interested. I’m a public diplomacy specialist and we’re all about influencing foreign audiences — if they don’t buy our policy — to at least understand where we’re coming from and what values they’re based on to have a more discriminating view of the United States,” Kovach said.

UCLA alumna Wendy Greuel, a former member of the Los Angeles City Council, is one of 13 new Senior Fellows who was welcomed at the breakfast. Photo by Todd Cheney

Kovach’s lecture, co-sponsored by the UCLA Burkle Center, followed the Luskin School’s annual Senior Fellows Breakfast, adding 13 new fellows to the list of those who have served since the program was founded in 1997. Several Senior Fellows from past classes have remained connected to the school and will continue to serve as mentors for students this year, according to VC Powe, director of Career Services and Leadership Development at Luskin.

At their first official meeting of the year, the fellows and their students, representing the departments of Public Policy, Social Welfare and Urban Planning, were already making their plans for the year ahead and the opportunities afforded by the program’s mentors.

Among this year’s class of Senior Fellows is UCLA alumna Wendy Greuel, a former member of the Los Angeles City Council and Los Angeles city controller who has remained involved with UCLA and Luskin.

“This is my first year as a fellow,” Greuel said. “I’m excited about doing it and I have two wonderful students who are interested in local government and recognize the importance of it. That makes me not just excited, but over the moon because too many young people are only looking nationally and don’t understand the importance of local government. I’m looking forward to exposing them to even more activities and opportunities here, in particular at a great university like UCLA.”

Greuel’s current role is chair of the L.A. Homeless Services Authority (LAHSA). “In L.A., there is nothing more local than the homeless that are living on the streets,” she said. “I started my career working for Mayor (Tom) Bradley as an intern from UCLA and ultimately worked on the homeless issue and know how difficult it is. I’m excited to be part of it again and expose these two students to solutions to some tough problems.”

Dennis Avila, a second-year Master of Public Policy (MPP) student, was matched with returning Senior Fellow Thomas Epstein, vice president of public affairs for health care provider Blue Shield of California, who will be taking on a new role as incoming vice president on the board of California Community Colleges.

Avila said his personal interest as a former community college student led to his match with Epstein. Avila said he already has made plans to make his first trip to Sacramento through the program, “to get to know the State Capitol and see how it actually works, how it plays out from the top down.” 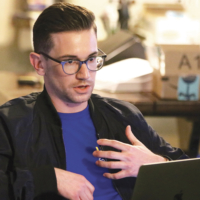 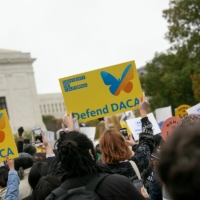 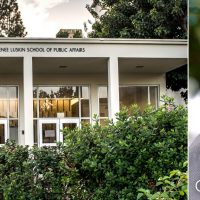