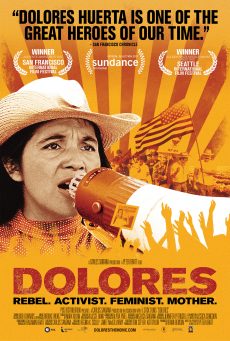 A documentary about Dolores Huerta, who tirelessly led the fight for racial and labor justice for farm workers alongside Cesar Chavez. Huerta earns herself the title as one of the most defiant feminists in the twentieth century. The film reveals the raw, personal stakes involved in committing one’s life to social change. The documentary has been widely acclaimed and brings well-needed attention to a history that has shaped America. Camila Chavez, Executive Director of the Dolores Huerta Foundation and daughter of Dolores Huerta and Richard Chavez, will do a Q&A following the screening.