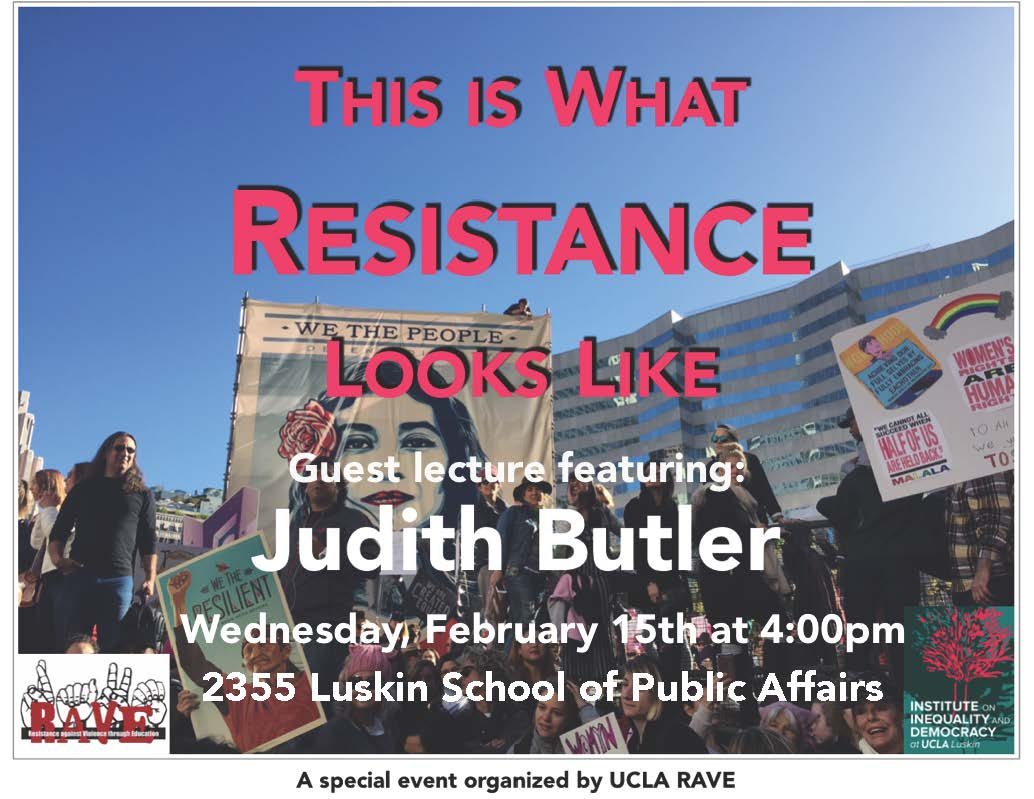 We invite you to join us at This Is What Resistance Looks Like on February 15, 2017 at

Maxine Elliot Professor in the Department of Comparative Literature and the Program of Critical Theory at the University of California, Berkeley

RAVE (Resistance Against Violence Through Education) is a faculty group dedicated to mobilizing the power of knowledge and critical analysis to challenge the normalization of the politics, language, and actions of Donald Trump’s presidency. We pledge to take responsibility for, support, and defend vigorously all vulnerable members of our communities who were deliberately targeted in the lead up to the election of Donald Trump, and who are now victims of hate in its wake—members of the community who are undocumented, victims of sexual assault, people of color, LGBTQ people, Muslims and other religious minorities, immigrants, the disabled, and women. We will not silently bear witness but will fight back by producing knowledge, constructing alliances, and building system-wide coalitions across the University of California.