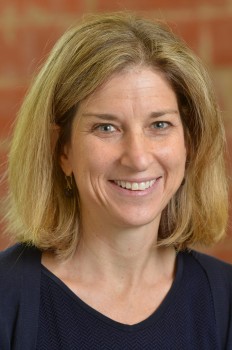 Note: Professor Jill Horwitz is on sabbatical for Fall 2017.

Jill Horwitz is a legal scholar and health policy expert who is addressing some of the most pressing law and policy issues of our day, including the Affordable Care Act, Medicare, and the impact of hospital ownership on the delivery of medical services.  She comes to UCLA from the University of Michigan, where she was a Professor of Law and Co-Director of their Law and Economics Program.  She also held joint appointments at Michigan with the School of Public Health and the Ford School of Public Policy.

Professor Horwitz is a highly productive scholar who has published in law journals, health policy journals, and economics journals.  Her scholarly interests focus on the legal regulation of health care organizations, nonprofit organizations, law and economics, and tort law.  Her empirical research on hospital ownership and medical service provision has won several awards.

Professor Horwitz teaches Torts and Nonprofit Law and Policy, as well as workshops on law and economics, governance, and health care reform.

The Role of the Market in Health Care: Point and Counterpoint (with Seth Freedman and Jill Horwitz), in Debates on U.S. Healthcare (edited by Jennie Jacobs Kronenfeld, Wendy E. Parmet, and Mark A. Zezza, Sage Publications, 2012).

The Virtues of Medicare: A Review of David A. Hyman’s Medicare Meets Mephistopheles, 106 University of Michigan Law Review 1001-20 (2008).

Converting Hospitals from Not-for-profit to For-profit Status: Why and What Effects? (with David Cutler), in The Changing Hospital Industry 45-78 (edited by David Cutler, University of Chicago Press, 2000). Also published as National Bureau of Economic Research, Working Paper 6672 (1998).