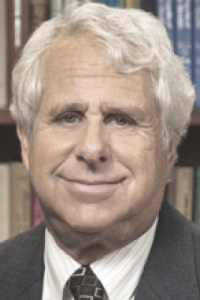 In addition to his appointment in Public Policy, Thomas Rice is Distinguised Professor, Department of Health Policy and Management.

Dr. Rice previously served as the UCLA campus as Vice Chancellor for Academic Personnel from 2006 to 2011 and as Interim Dean of Public Health in 2012. As Vice Chancellor he was responsible for overseeing the promotions, recruitment, and retention of faculty at the campus level. He also served as Chair of the Department of Health Services from 1996 to 2000 and 2003 to 2004.

Dr. Rice is a health economist, having received his doctorate in the Department of Economics at the University of California at Berkeley in 1982. His areas of interest include health insurance, competition and regulation; physicians’ economic behavior; and Medicare. He was lead author of a book about the U.S. health care system, for the European Observatory on Health Systems and Policies, published in 2013. The fourth edition of his book, The Economics of Health Reconsidered, was published in 2015. He served as editor of the journal Medical Care Research and Review from 1994 to 2000.

Dr. Rice was elected to the Institute of Medicine of the National Academy of Sciences in 2006. He was chair of the AcademyHealth Board of Directors in 2005-6, and previously he had been awarded its Article of the Year Award and its Young Investigator Award.