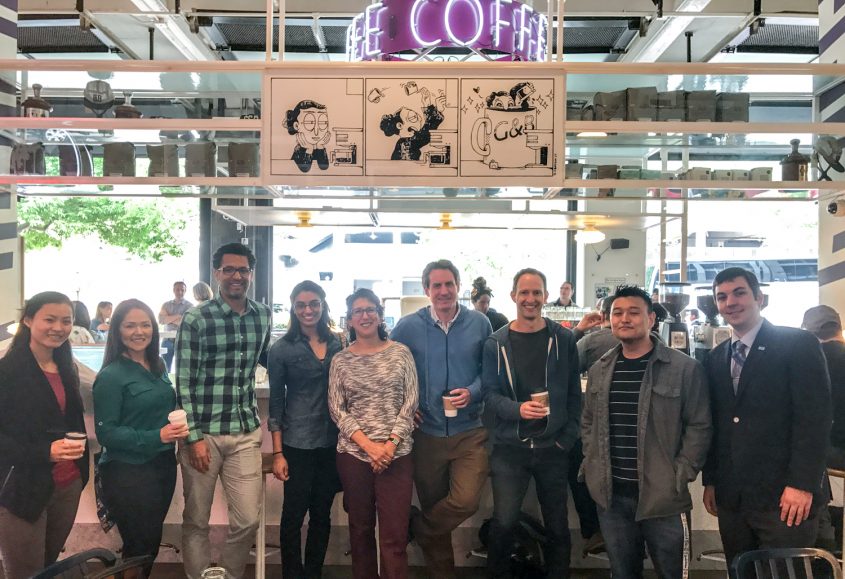 Each issue of the Luskin Forum magazine includes information regarding alumni gatherings and notes about what our graduates have been up to lately. Here are highlights from the most recent issue:

First Fridays: It Begins With Coffee

For several months now UCLA urban planners have been rising early to catch up with fellow alumni and colleagues at Grand Central Market in downtown Los Angeles.

They do so as part of First Fridays, a new monthly meetup for alumni, students, and friends of UCLA Luskin. Because we are urban planners, the location one block from Pershing Square was deliberately chosen for its geographic centrality and its proximity to public transit.

“Once you get into the working world, it’s easy to lose touch with people you know from school, but informal events like these keep the conversation going,” says Doreen Zhao MURP ’14, a transportation planner with STV.

“In my work I focus on current laws and policies, so it’s refreshing to hear what professors are working on and what the students are curious about,” said Jessica McBride MURP ’14, a land use consultant. “Those ideas will likely be the current planning practice in the near future.”

These connections are invaluable, since a few short conversations can later blossom into internships, collaborations, or even job opportunities. Current student Nick Sundback says he recently ran into an alumnus he originally met at a First Fridays event. “We reconnected and I look forward to discussing how our work might intersect in the future.”

All are welcome to stop by G&B Coffee at Grand Central Market on the first Friday of each month, any time between 8-9:30 a.m. See you there! The Women’s March—Jan. 21, 2017—was more than a single moment in history. For many women, men, and children, it was a transformational movement in herstory. Millions of people representing communities of all genders, backgrounds, and generations united to recognize women’s rights as human rights with UCLA Luskin alumni, faculty, staff, and students at
the forefront.

With approximately 750,000 attendees, downtown Los Angeles hosted the world’s largest turnout. UCLA Luskin social welfare students and alumni unequivocally stood in unity with and for the marginalized and underrepresented populations they serve.

The herstoric Women’s March mission implicitly echoed the egalitarian ideals that fuel social workers in their daily advocacy for clients, policy, and systems change. Concurrently, attendees took a collective stance against a political administration that has, at the least, turned a blind eye toward violence against women and hate crimes toward minority groups.

As MSW alumni, we have chosen careers geared toward uplifting social justice and dismantling systematic oppression. Social workers support the dignity and worth of the most disenfranchised populations, especially in the face of the current political climate which sanctions overt misogyny, xenophobia, islamophobia, homophobia, and general fear-mongering politics.

Attending the march was an opportunity to uplift intersectional feminism, an ideology that embraces an inclusive, multiracial, multimovement collective for social justice. Through meaningful Women’s Marches held across the world, attendees were able to build an inclusive community of impassioned citizens willing to stand against institutional discrimination. It is our hope that the march incites commitment to activism centering upon human dignity and the worth of all people.

UCLA Luskin has been touring cities across the country to connect alumni and introduce Dean Gary Segura. 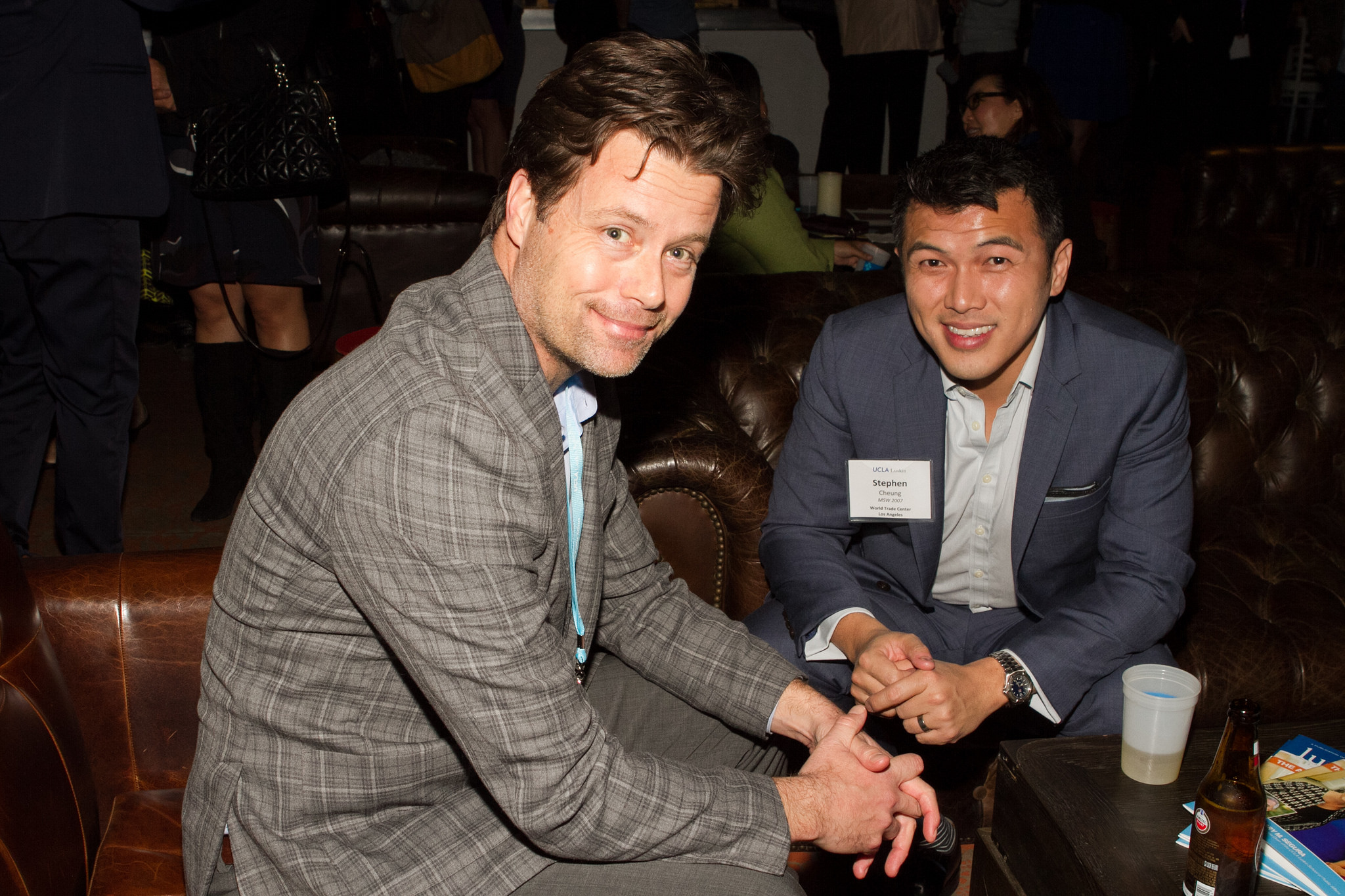 In Washington, D.C., Jackie Gillam MA UP ’75 and her husband Ernie Beyard hosted the new dean along with more than 60 alumni and friends at their home on Capitol Hill.

The hometown reception in downtown Los Angeles was packed with well over 100 attendees, and New York City’s event bustled with guests hailing from all over the East Coast, in part because the American Planning Association’s national conference fell on the same week.

Segura is looking forward to the Bay Area Regional Reception in August. Let us know if you would like to host an event in your community.

Updates About Support for UCLA Luskin