In the wake of the #MeToo movement and the spotlight on societally ingrained sexual violence and abuses, “Liberated: The New Sexual Revolution,” a film highlighting these ills during a college spring break in Florida, was screened at UCLA on April 3, 2018 to a crowd of about 40 students. The film aimed to explain the experience of a young person growing up in today’s hookup culture while diving deeper into the mindset and attitudes of these youth regarding sex and the normalization of sexual violation. Sarah Godoy MSW ‘15, lecturer in social welfare at UCLA Luskin, hosted this event in conjunction with UCLA Luskin Social Welfare, Center for the Study of Women, CARE Program, LGBT Resource Center and Athletes in Action. Following the screening of the film, a panel discussion involving the film’s director, two stars of the film and two local experts, who then opened up the conversation to questions from the audience.  — Aaron Julian 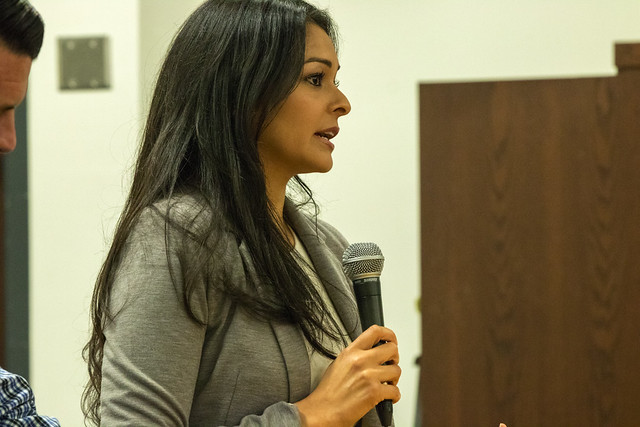