From Colorblindness to White Nationalism?: Emerging Racial Formations in the Trump Era

From Colorblindness to White Nationalism?: Emerging Racial Formations in the Trump Era 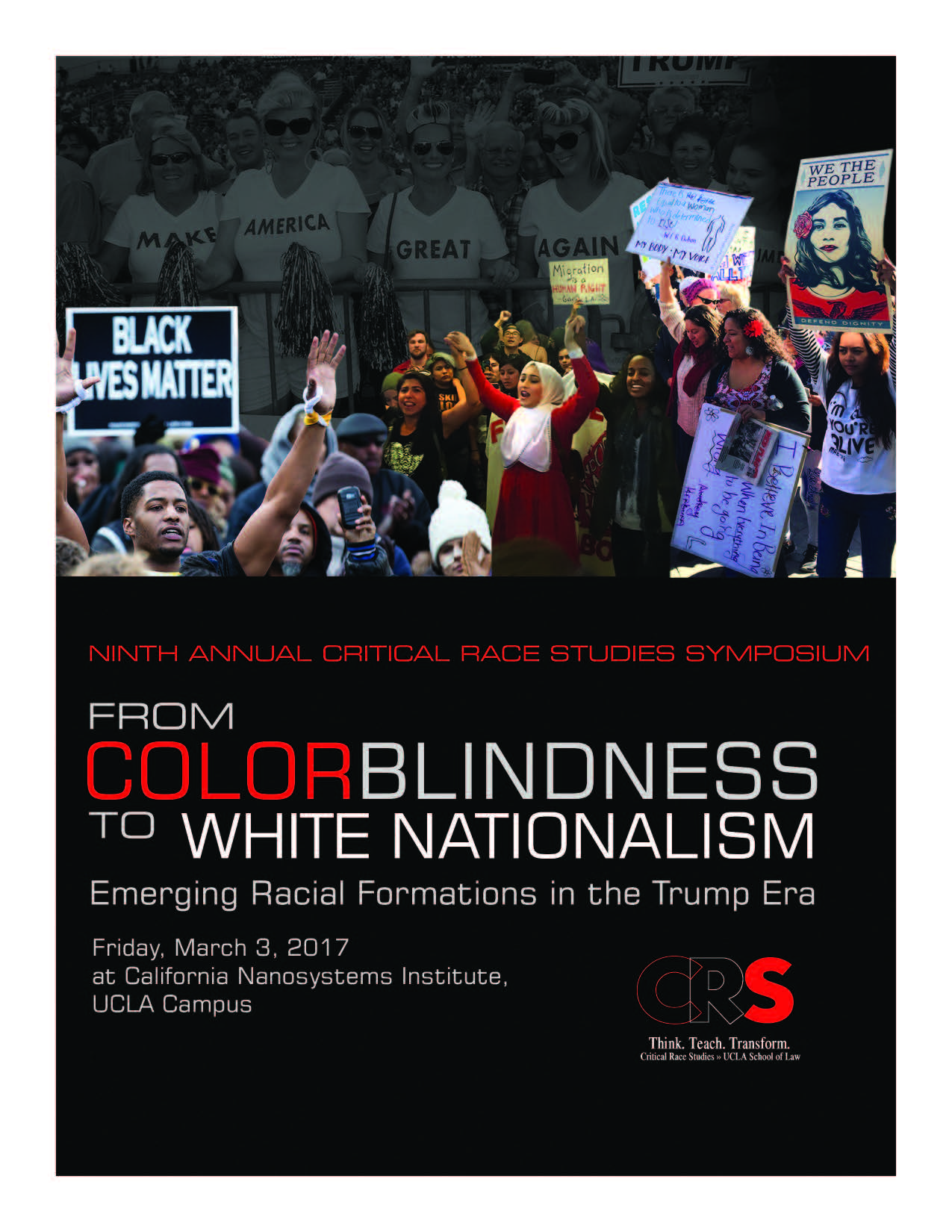 Donald Trump’s political rise has been marked, and fueled, by a resurgent and explicit white nationalism. This would have been significant even had he merely been nominated and come close to the presidency, rather than actually winning it. His victory, however, accelerates and deepens shifts in racial politics. Trump’s ascent seems new insofar as open assertions of white identity—and supremacy—conflict with the nominal commitments to colorblind ideology previously asserted from the center-left to the right. Moreover, the pivot toward an intersectionally white, masculinist nationalism seems to have disrupted neoliberal orthodoxy with regard to government spending and market regulation, from infrastructure to trade. And yet, this new racial politics also has been cast as a reaction to “political correctness” and reflects continuity with the mobilization of white racial resentment against affirmative action and all forms of race conscious remediation, both staples of colorblind ideology. And critics long have argued that neoliberal politics already were deeply bound to racialized state violence.

Our first Critical Race Studies Symposium of the Trump era provides an opportunity to articulate and interrogate these seeming contradictions. To what extent are we witnessing the emergence of a new racial formation in the United States, the extension of deeply entrenched trajectories, or both? What relationships can we discern amongst Trump’s most overtly racialized appeals – against Latinos in the name of immigration enforcement and sexual paternalism, against African Americans in the name of “law and order” and stop-and-frisk policing, against Muslims in the name of anti-terrorism and Christian national identity, and against Native Americans and Native sovereignty in the name of resource development? And how do these bear on his (white masculinist?) “economic” policies with respect to trade, infrastructure, and manufacturing, his approach to elections and “good government,” to foreign policy, and to the juxtaposition of LGBTQ rights retrenchment and emerging homonationalism?

Through the manipulation of borders, physical and conceptual, current expressions of white nationalism are deeply invested in configuring the immigrant as a racial subject whose presence, whether officially sanctioned by law or not, whether formal citizen or not, poses a threat to national identity and the political order. Thus, while domestic populations with non-European immigrant origins and transnational communities are embedded in the national fabric, they remain foreign in a racial sense to the white nation state. This panel will explore the various dimensions of this issue by considering how the expansion of markets and political instability create conditions for displacement and dislocation, how immigration law and policy intersects with gender, and further how the racial construction of domestic immigrant communities distorts and obscures realities.

Securing the nation as a racially vulnerable white subject requires the identification and monitoring of enemies who are defined in racial terms as threats to national security at home, agents of disorder globally, and disruptions of normative gender and sexuality. This panel will explore the continuities and distinctions between emergent and earlier forms of racialized state violence and surveillance, as legitimized and structured by law. While the historical origins of racialized state violence run deep and long, to what extent has the Trump era intensified and created new forms and logics to justify both overt and less direct technologies of state violence and social control? How do these systems interrelate and reinforce each other?

Nationalism routinely is figured in opposition to globalization, and in particular to the transnational practices of neoliberal economic policies. And yet a specifically white racial character has facilitated transnational identification and collaboration among nationalisms in the US, the UK, and Russia, to name a few. Meanwhile, nationalisms long have provided a basis for the economic projects of racial capital ism, as institutionalized in part through law, and whether pursued through transnational imperialism, settler colonialism, or racial caste. This panel will explore the ongoing reconfiguration of these relations among race, nation, and political economy.

Alongside the (re)emergence of a vocal white, masculinist nationalism, we are also witnessing the rise of widespread resistance to this articulation of the nation-state. Social movements that emerged in the wake of the 2016 election and those that have existed prior are reassessing strategies towards, and their conception of, racial and social justice. In this panel, we will explore the formation of new political configurations and the response of existing social movements. Is it necessary for social movements to reimagine themselves in light of emergent threats, or does this moment simply continue long-standing power structures, racial and otherwise? How do we conceptualize effective and inclusive resistance, with the simultaneous move towards a prioritization of intersectional analysis and the centering of the most vulnerable and marginalized populations as well as a backlash against “identity politics” and its perceived potential for divisiveness? What is the role of lawyers and the legal community in creating social change in this environment? What legal strategies need to be deployed considering the administration’s posturing vis-á-vis the judiciary? And given the multiple fronts on which resistance efforts are being fought, how can social movements remain sustainable and impactful over the long-term?

Please fill out the form linked here in order to register. Registration is required for attendance; however, seating will be on a first come basis, so please arrive early to guarantee space. Registration includes a light breakfast, refreshments, lunch, and a reception. NOTE: Registration will close on Thursday, March 2nd at Noon (PDT)

Fostering Healthy & Sustainable Communities: A Panel Discussion of the Intersection of Urban Planning and Public Health