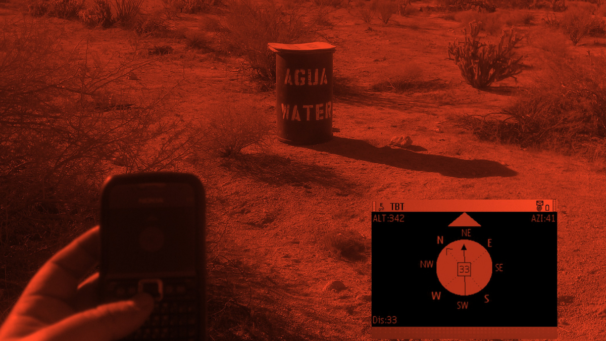 Join us on Friday, February 19, 2021 for trans/BORDER/ing: The Aesthetics of Disturbance and Undocumentary Flight, a panel discussion presented by EDT 2.0, the Winter 2021 Virtual Residents at the UCLA Luskin Institute on Inequality and Democracy.

As thousands of asylum seekers and migrants are forced into lethal crossings as a result of post-1994 “prevention through deterrence” strategies in the ever expanding U.S.-Mexican borderlands each year, the pan-Mediterranean Sea in the early twenty-first century has been reinvented as one of the globe’s deadliest border regions of impeded passage. This convening compares and contrasts these two distinct literal and imaginary necropolitical zones. Activist scholars and artivists on both sides of the Atlantic will reflect on strategies of disturbance and resistance in place to assist border crossers. Decentering aid narratives and regimes of visualization that support surveillance and capture, the goal will be generative transdisciplinary dialogue on flight facilitation, “undocumentary” aesthetics, and the ethics of witnessing after humanitarianism/s.

Featuring the work of Electronic Disturbance Theater 2.0,  the Watch The Med Alarmphone project, the Forensic Empathy project at UCLA, and critical scholarly perspectives on the Black Mediterranean.