How the Weinstein Scandal Ignited a Movement 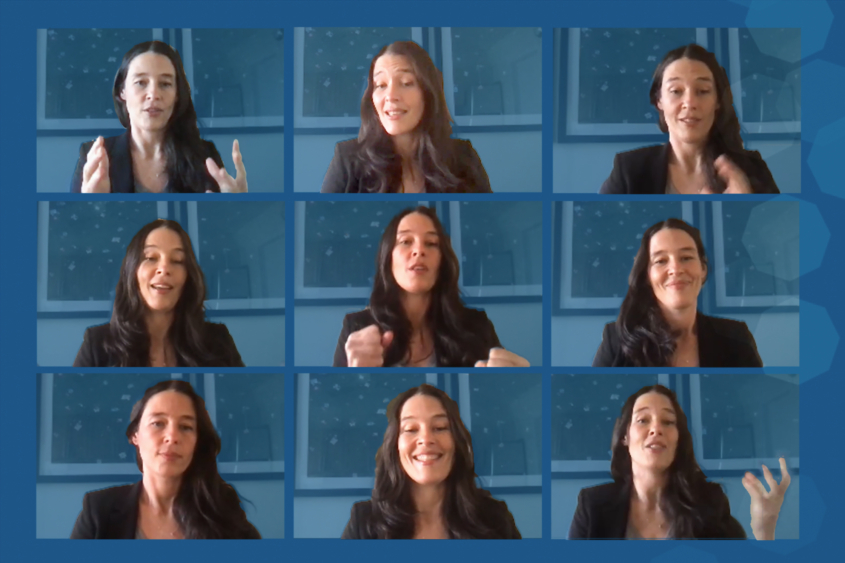 The New York Times investigation that exposed producer Harvey Weinstein’s long history as a sexual predator set off a chain of events that led to prison for the Hollywood power broker and empowerment for women around the world who stepped up to share their own stories of abuse.

Today, the story continues to unfold, with contours of the investigation now coming to light and nagging questions of accountability still unanswered, journalist Megan Twohey told a UCLA audience during a March 9 virtual lecture.

Twohey and Jodi Kantor shared a byline on that first blockbuster piece in the fall of 2017, part of a body of work that would earn their newspaper the Pulitzer Prize for Public Service. Both reporters were bowled over by the whirlwind of events that followed.

“One day we were working on this incredibly difficult story, and then just a few days later we started to see change happening everywhere,” Twohey said. “The #MeToo movement turned out to be more sweeping and durable than we could have ever predicted.”

Twohey’s talk was the latest in the UCLA Meyer and Renee Luskin Lecture Series, which brings together scholars as well as national and local leaders to address society’s most pressing problems, such as the culture’s long history of men getting away with abusing their authority. Though hundreds of powerful men have lost their jobs since Twohey and Kantor’s story broke, the fallout continues, including in the recent mini-series “Allen v. Farrow,” which documents the sexual abuse case against filmmaker Woody Allen.

‘At a time when everything can feel stuck, and the very notion of “truth” is collapsing, we want you to know that journalism and facts can win.’ — Megan Twohey

The story, they realized, was less about one man’s misdeeds and more about a sprawling system of coercion and complicity that had facilitated predatory behavior for generations.

“The real moral of the Weinstein story began to dawn on us,” Twohey said. “For decades this man had racked up allegation after allegation and, instead of stopping him, more and more people had helped him.”

During the event, which drew viewers from around the world, Twohey described the pervasive use of non-disclosure agreements to buy the silence of women who lodged complaints.

“Nobody would say that a victim of sexual harassment or sexual assault shouldn’t receive financial recompense for what’s happened to them,” she said. “I think the real question here is the secrecy … that allows predators to cover their tracks and to keep hurting other people.”

The #MeToo movement transformed cultural norms, but there is still no consensus on how to handle sexual abuse cases, Twohey said.

“What is the scope of behavior under scrutiny?” she asked. “Are we talking only about allegations of rape and sexual harassment, or are we talking about grayer areas, like a boss’ awkward hand on an employee’s back?”

Complicating the conversation are charges that the #MeToo era has led to false accusations and quick ousters without due process.

But Twohey assured the audience that, “at a time when everything can feel stuck, and the very notion of ‘truth’ is collapsing, we want you to know that journalism and facts can win.”

Twohey and Kantor reveal details of their reporting journey, including information that was originally off the record, in their 2019 book “She Said: Breaking the Sexual Harassment Story That Helped Ignite a Movement.”

“When we started we had no idea whether Harvey Weinstein had done anything wrong. Remember, he was considered a humanitarian, a philanthropist,” Twohey told the Luskin Lecture audience.

Over the next several months, the two journalists approached a long list of sources, persuaded them to tell their stories, then appealed to them to go public. They also amassed records including Weinstein Company accounting records, human resources complaints, notes from internal conference calls, emails and more.

“When we went back to women to ask them to go on the record, we were asking them to stand on a body of evidence,” Twohey said.

Satisfied that the story was air-tight, the New York Times prepared to publish, knowing that Weinstein had launched a campaign to discredit the women who had come forward — and also aware that another journalist, Ronan Farrow, was racing to break the story. His reporting for the New Yorker, published a few days later, earned a share of the Pulitzer for Public Service.

Days after the stories went to press, Weinstein was fired from the film studio he co-founded. Within months, he was arrested and charged with rape in New York. In February 2020, he was sentenced to 23 years in prison.

At the Luskin Lecture, Twohey spoke with UCLA’s Meredith Phillips, an associate professor of public policy and sociology and chair of the undergraduate program at UCLA Luskin, about parallels between investigative journalism and social science research, two fields that require strict adherence to evidence from many sources.

Twohey said that throughout her coverage of the Weinstein story and its aftermath, she honored the distinction between journalism and advocacy.

“We reporters gather the facts, pick up a pen and hope that by revealing the truth we can help bring about change.”

Dominguez-Villegas on Prioritizing Vaccination of Latinos
Scroll to top