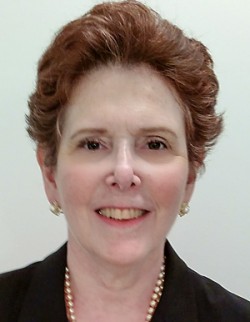 Barbara J. Nelson is Dean Emerita of the UCLA Luskin School of Public Affairs and Professor Emerita of its Public Policy Department. She is the Founder of The Concord Project, which builds bridging social capital that allows people from divided communities to work together on projects of mutual benefit. While Dean she was a member of the UCLA Chancellor’s Executive Committee and Chair of the Council of Professional School Deans. Prior to her appointment as Dean, she was Vice President and Distinguished Professor of Public Policy at Radcliffe College (now at Harvard) where her portfolio included all academic programs and strategic planning

Prof. Nelson’s fields of expertise divide into two arenas: social and organizational processes including strategic decision making, conflict mediation, multi-stakeholder decision making, and leadership; and policy topics including social policy, nonprofits, philanthropy, and disability issues. Her research and policy work includes comparing crisis decision making between the British Fighter Command and the German High Command in the WWII Battle of Britain, which will be available in The Most Dangerous Summer. Similarly, Dr. Nelson researches contemporary strategic decision making by American philanthropic foundations. She is also writing a series of linked essays Falling Off the Edge of World: Disability at Mid-Life.

Dr. Nelson is the author of six books and over 85 articles, book chapters, and cases. Leadership and Diversity: A Case Book (2004) demonstrates how linking leadership and diversity improves policy education and policy making. The Concord Handbook: How to Build Social Capital Across Communities (with Linda Kaboolian and Kathryn A. Carver, 2003) provides the ideas and best practices for starting and sustaining organizations that successfully bring together people from groups with historic conflicts. Nelson and co-author Najma Chowdhury won the 1995 Victoria Schuck Award for Women and Politics Worldwide, bestowed by the American Political Science Association for the best book in the field of women and politics. In 1989, Nelson and historian Sara Evans won the Policy Studies Organization’s prize for the best book in the field of policy analysis for Wage Justice: Comparable Worth and the Paradox of Technocratic Reform. Nelson is the author of Making an Issue of Child Abuse: Political Agenda Setting for Social Problems (1984) and American Women and Politics (1984).

Barbara Nelson has worked or done research in over 25 countries, and has made major contributions to policy making and civic life in the United States and abroad. She is a member of the Academic Advisory Board of the UCLA Williams Institute, a legal and policy research center promoting LGBT rights and opportunities. She contributes to the Huffington Post on social equality and cultural issues.

Dr. Nelson’s civic contributions included Co-Chairing of the U.S. National Commission to Reduce Infant Mortality and serving on the board of the Greater Los Angeles United Way. She is a former board member Radcliffe College and its Executive and Investment Committees, the American Political Science Association and its Investment Committee, the National Council for Research on Women, the National Association of Schools of Public Affairs and Administration, and UCLA Hillel. She was a member of the Pacific Council on International Policy.

Prof. Nelson was a Kellogg National Leadership Fellow and has held visiting fellowships at the Rockefeller Foundation’s Villa Serbelloni , the Russell Sage Foundation, the Harvard Kennedy School, and the USC Price School of Public Policy.

Before her appointment at Radcliffe, Barbara Nelson served on the faculties of the Woodrow Wilson School of Public and International Affairs at Princeton University and the Hubert H. Humphrey School of Public Affairs at the University of Minnesota, where she was the founder and director of the Center on Women and Public Policy. She earned her B.A., M.A., and Ph.D. in political science at Ohio State University, where she was elected to Pi Sigma Alpha, the political science honorary society.