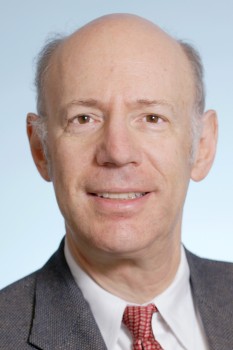 Daniel J.B. Mitchell is Ho-su Wu professor at the Anderson Graduate School of Management and the School of Public Affairs, U.C.L.A. Within the latter school, he chaired the Department of Policy Studies during 1996-97. Prof. Mitchell was formerly director of the U.C.L.A. Institute of Industrial Relations (1979-90) and continues to serve on the Institute’s advisory committee.

During Phase II of the federal wage/price controls program of the early 1970s, Prof. Mitchell was chief economist of the Pay Board, the agency that administered wage controls. He was twice associated with the Brookings Institution in Washington, D.C., including a stint as a senior fellow in the economic studies program (1978-79), and participated in several Brookings-sponsored research projects. Professional activities have included memberships on the Executive Boards of the Industrial Relations Research Association (both national and Southern California), the North American Economics and Finance Association, and the Institute of Industrial Relations Association. Prof. Mitchell is the immediate past president of the North American Economics and Finance Association. He has also served on the nominating committee of the American Economic Association and on the editorial boards of various academic journals. He is editor of a book series on workplace studies published by M.E. Sharpe, Inc. and began a term as co-editor of the journal Industrial Relations in 1997.

Prof. Mitchell regularly served as a member of the Human Resource Forecast Panel while it operated at the Conference Board and later at U.C.L.A. He is a member of the International Industrial Relations Association and chairs one of its study groups (Pay Systems). At UCLA, he was co-director and then director (1999-2000) of the UCLA Anderson Business Forecasting Project. As a faculty member at UCLA, he has created a course on “California Policy Issues” (now co-taught with former presidential candidate and Massachusetts Governor Michael Dukakis), now a core course of the minor in Public Affairs. Prof. Mitchell has served as a consultant to the Congressional Budget Office, the Federal Reserve Board, the President’s Council on Wage and Price Stability, the U.S. Department of Labor, and the International Labour Organisation. His publications have generally been in the areas of wage determination, wage-price controls, concession bargaining, flexible pay plans, non-wage employee benefits, use of labor-market data, labor standards in international trade, and other aspects of labor-market analysis. Prof. Mitchell is the author of Pensions, Politics, and the Elderly: Historic Social Movements and Their Lessons for Our Aging Society (M.E. Sharpe, 2000).

The book uses California’s colorful experience with “pensionite” movements of the state’s seniors during the period from the 1920s through the 1940s to draw implications for the upcoming retirement of the baby boom. Prof. Mitchell has two children and resides in Santa Monica, California with his wife Alice.