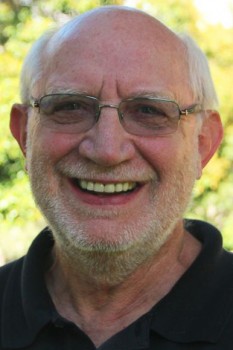 Joel D. Aberbach is Distinguished Professor Emeritus of Political Science and Public Policy, and Director of the Center for American Politics and Public Policy, at the University of California, Los Angeles. He is the author of Keeping a Watchful Eye: The Politics of Congressional Oversight (Brookings, 1990), co-author, with Bert A. Rockman, of In the Web of Politics: Three Decades of the U.S. Federal Executive (Brookings 2000), co-author, with Robert D. Putnam and Bert A. Rockman, of Bureaucrats and Politicians in Western Democracies (Harvard, 1981) and, with the late Jack L. Walker, co-author of Race in the City (Little, Brown, 1973). He is also the author of numerous journal articles and book chapters.

His research ranges widely over topics in American and comparative politics, with emphasis on legislative-executive relations and broader issues of executive politics and policy-making. Over the years, he has trained scores of administrators as an instructor in public policy programs at Michigan and UCLA, and he has also served as a consultant to organizations such as the Government Accountability Office, the Carnegie Commission on Science, Technology and Government, and the Commission on the Operation of the Senate.

Aberbach is currently Co-Chair of the Research Committee on Structure and Organization of Government of the International Political Science Association and Co-Chair of the Commission on the Executive Branch convened by the Annenberg Foundation Trust’s Institutions of Democracy Project. A volume from this project, titled Institutions of American Democracy: The Executive Branch, and co-edited by Aberbach and UCLA Professor of Public Policy Mark A. Peterson, was published in October 2005 by Oxford University Press. Aberbach has been a Fellow at the Center for Advanced Study in the Behavioral Sciences and the Swedish Collegium for Advanced Study in the Social Sciences, a Visiting Fellow at the University of Bologna’s Institute of Advanced Studies, and a Senior Fellow at the Brookings Institution in Washington, D.C. In 2005 he was elected a Fellow of the National Academy of Public Administration.