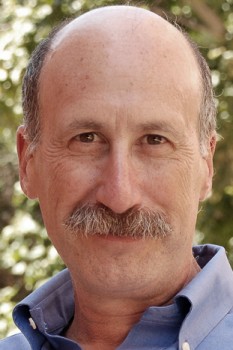 Sanford M. Jacoby, Distinguished Research Professor, began his career at UCLA after graduating from UC Berkeley with a Ph.D. in economics. In addition to Public Policy, he holds professorial appointments in UCLA’s Anderson School of Management and in the Department of History. He is affiliated with interdisciplinary groups at UCLA, such as the Institute for Research on Labor and Employment, the Center for History and Policy, and the Terasaki Center for Japanese Studies.

Though trained as an economist, Jacoby values and draws from history, law, and sociology. His research uses comparative, historical and statistical methods to analyze employers, labor market institutions, and international political economy.

Jacoby’s first book, Employing Bureaucracy: Managers, Unions, and the Transformation of Work in the Twentieth Century (1985, 2004), won the George Terry Book Award from the Academy of Management. His next book, Modern Manors: Welfare Capitalism Since the New Deal, was published in 1997 and received the Philip Taft Labor History Award. Another book, The Embedded Corporation: Corporate Governance and Employment Relations in Japan and the United States, was translated into Chinese and Japanese and identified by Nikkei Shinbun as one of the top three books on economics and management published in 2005. He edited two collections: Masters to Managers: Historical and Comparative Perspectives on Employers (1991) and The Workers of Nations: Industrial Relations in a Global Economy (1995).  He is also the author of over 90 articles in research publications.

Jacoby is co-editor of Comparative Labor Law & Policy Journal and serves on the editorial boards of scholarly journals in the United States and abroad. He has been a visiting professor at Cornell University, Doshisha University, the London School of Economics, the University of Manchester, the University of Tokyo, and Waseda University.  He recently received a Guggenheim Fellowship, which is supporting his next book. It analyzes the reaction of labor movements to financialization, focusing on pension fund activism, regulatory efforts, and corporate governance.

He is also working on two other projects, both related to Japan. One is a study of Uber’s delayed entry into the Japanese market. The other examines the phenomenon of “black companies,” places that engage in exploitative working practices, such as long hours of work.