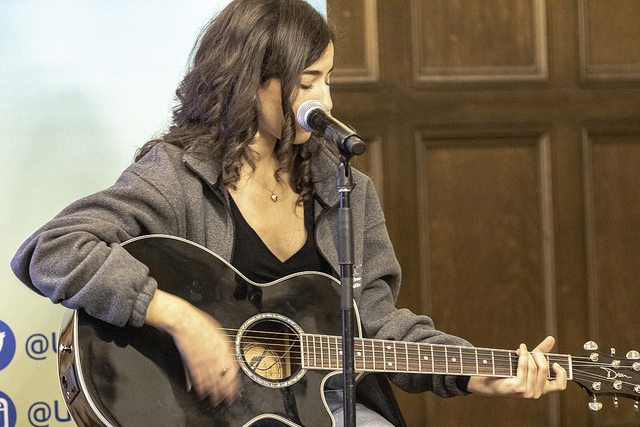 Sahfa Aboudkhil performs "For Emilie" at the "Flip the Script" event hosted by the UCLA Luskin Undergraduate Program. Photo by Les Dunseith

On Thursday, Feb. 21, the UCLA Luskin Undergraduate Program presented “Flip The Script: Stories of Social Change,” featuring guest speaker Funmilola Fagbamila, founding member of the Black Lives Matter movement, and five student presenters who showcased their work. The event began with one simple question: “What does social change mean to you?” Each presentation sought to answer that question in a uniquely personal way. Student Mei Blundell performed a piece called “The Escape of Lin Cong” on the yangqin, or Chinese hammered dulcimer, featuring a haunting and complicated melody. Next, Carolyn Travis performed an original poem called “Mujeres” —spoken alternatingly in Spanish and English — about violence toward women and how so much of it often goes undocumented and unreported. Hua Chai presented an animated short discussing technology and conditioning in an abstract manner. Sahfa Aboudkhil performed an original song “For Emilie” on acoustic guitar about women speaking up in light of sexual violence. Alejandro Xipecoatl Juarez performed a dynamic spoken word poem, “Let Me Free,” about Chicano identity in our society. Kate McInerny, a freshman pre-major in public affairs, was emcee of the free event at the Kerckhoff Grand Salon. The evening ended with a talk and Q&A by Fagbamila, who was an inaugural Activist-in-Residence at UCLA Luskin’s Institute on Inequality and Democracy. She spoke about her experience in the social and political arenas and shared her views on modern activism as told through an allegorical story about three archetypal black activists. — Jackson Belway 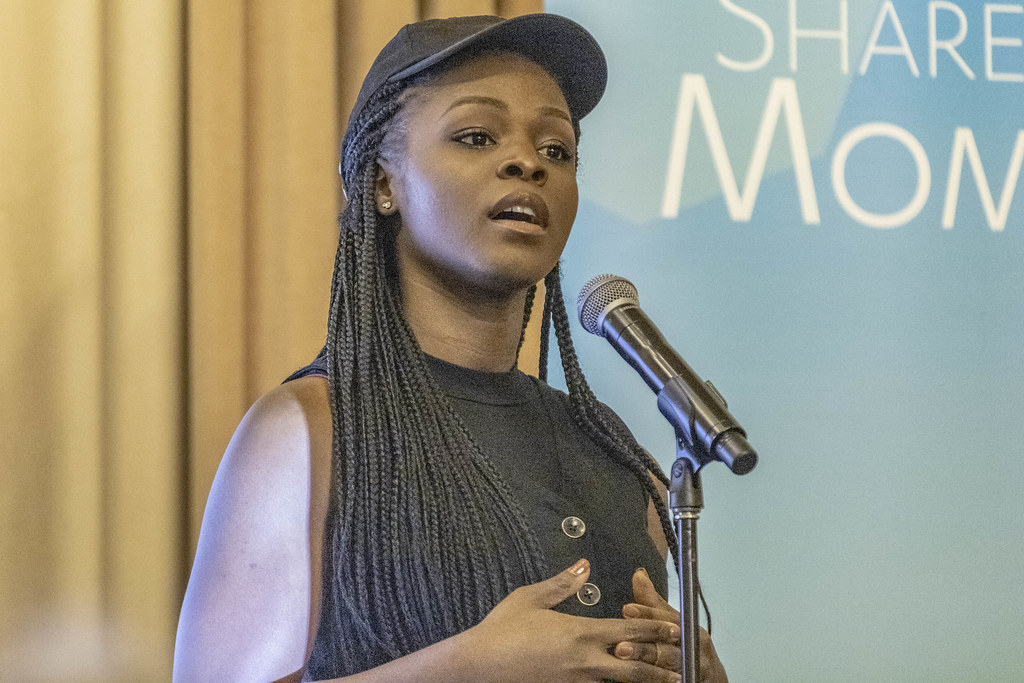 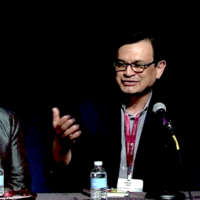 Lens, Manville Shape Discussion of How Housing Can Be Coupled to Transit
Scroll to top