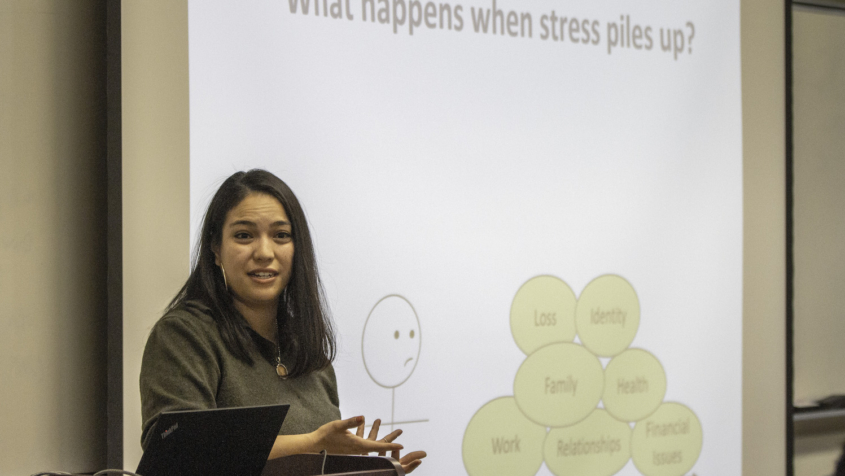 Students in UCLA Luskin’s undergraduate program came together Jan. 9 to gain a better understanding of suicide and practice ways to identify risk and offer a lifeline. Sandra Rodriguez of Didi Hirsch Mental Health Services’ Suicide Prevention Center led the training session, part of the undergraduate program’s community impact requirement. Among Americans between ages 15 and 24, suicide is the second-leading cause of death, after car accidents, Rodriguez said. Despite the stigma that surrounds mental illness, many people contemplating suicide are relieved when asked to share their feelings, she added. Empathy is key when approaching someone exhibiting warning signs. “As helpers, we need to be able to sit in that dark place with them, to not judge those emotions, to not try to offer quick fixes,” she said. “Unless we really get in touch with why they want to die in the first place, we’re not going to get to the point where we’re turning them to the side of life.” Understanding suicide is valuable for those seeking careers in public health policy, research or outreach. For the students at the training session, it was also personal. Many said they knew someone who had committed suicide or made an attempt, and some shared their struggles with trying to provide real help to those in need. Rodriguez offered practical advice and stressed that people offering support should protect themselves by setting clear boundaries. She also shared several suicide prevention resources, including the National Suicide Prevention Lifeline, Teens Helping Teens, Know the Signs and the My3 app. 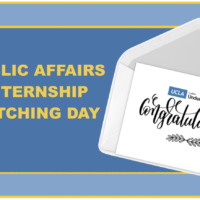 A Milestone for the Undergrad Class of ’21 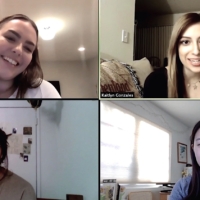 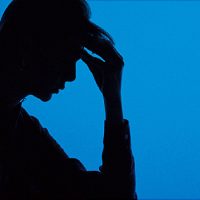 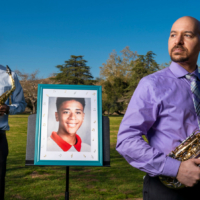