The study found that women spent an average of 7.0 hours on care, compared to 1.4 hours for men. iStock photo by People Images

From looking after children and dependent adults to preparing meals and ensuring that food, water and household necessities are available, care can be defined in a multitude of ways.

In a study of rural communities in five countries, researchers found that women provide far more hours of care in their daily lives than do their male counterparts. Leyla Karimli, assistant professor of Social Welfare at the UCLA Luskin School of Public Affairs, is lead author of the new report published by the UK-based international organization Oxfam.

“Care work is essential for personal well-being and for maintaining societies,” states Karimli and her co-authors. “But across the world, it is overwhelmingly the preserve of women, and it often restricts their opportunities for education, employment, politics and leisure.”

In gathering data for the study, “Factors and Norms Influencing Unpaid Care Work,” a number of teams interviewed more than 1,000 households in rural communities in five countries — Colombia, Ethiopia, the Philippines, Uganda and Zimbabwe.

The researchers used the Household Care Survey (HCS) to analyze change that may have occurred in households participating in We-Care (Women’s Economic Empowerment and Care) programs over the year, part of Oxfam’s global policy and advocacy work on unpaid care work and women’s empowerment. Karimli also was part of the team that developed the HCS.

Recognizing that the “heavy” and “unequal” distribution of care work is a human rights issue, the survey focused on a number of “levers of change” at the household level, including factors such as the recognition of the importance of care work and women’s role in carrying it out; women’s ability to make decisions in the household; and access to time/labor-saving equipment. Researchers examined the extent to which these and other factors were associated with the amount of time women and men spent on unpaid care work, and the distribution of that care within the household.

Based on the survey, the researchers found:

The authors add that when supervision is taken into account, the average number of hours that women reported having some care responsibility rises by 250 percent, from an average of 5.4 hours a day of care work as a primary activity to 13.8 hours per day that women have any care responsibility. In addition, the amount of time that women spend relative to men in these predominantly rural, developing country contexts is much greater than the global figures suggest.

For example, the authors point out, “Although some equipment and service access — notably the provision of electricity — seemed to have a positive effect on women’s care loads, our results also make clear that a focus on only one dimension of care, such as childcare provision or stoves or water systems, cannot be expected to significantly ‘free up’ these rural women’s time.” However, the authors report that the data did suggest some evidence that in households where “social norms were more progressive” care work was more evenly distributed.

Overall, the researchers say, the aim of the study is to “generate evidence that helps local organizations address problematic aspects of care work, contributing to women’s ability to participate, lead and benefit from development initiatives.”

The full report is available online. 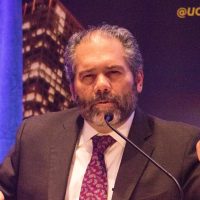 Truth and Media in ‘a Perilous Time’
0 replies

The Problems and Possibilities of Parking
Scroll to top