Diaz Testifies at U.S. Hearing on Ensuring Free and Fair Access to the Ballot 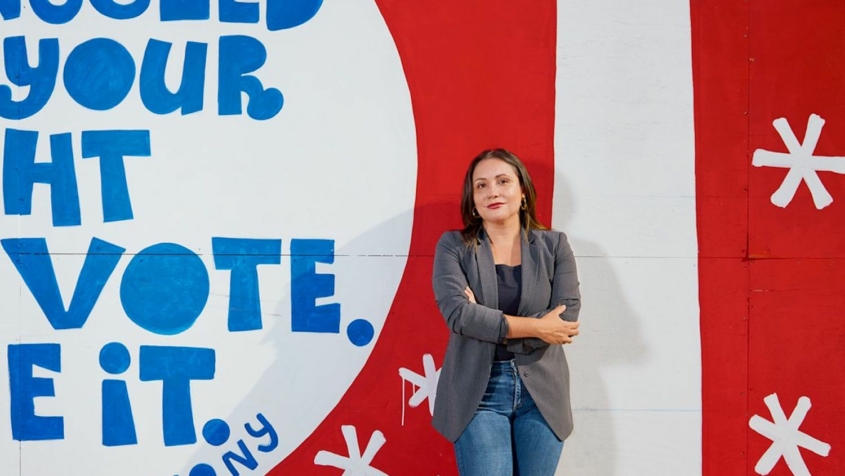 Sonja Diaz, founding director of the UCLA Latino Policy and Politics Initiative, testified April 1 during a virtual hearing about ensuring ballot access held by a U.S. House subcommittee. The hearing was held at a time when the Brennan Center’s legislative tracker shows 361 restrictive voting bills introduced in 47 states and as the U.S. Senate considers an expansive voting rights bill, the For the People Act, already passed by the House. Diaz, who was one of five witnesses, argued that the avalanche of restrictive voting bills comes in response to a more youthful and diverse American electorate. “Oftentimes, when we talk about voter suppression, we focus on a set of jurisdictions that have long been bad actors in our law textbooks — places like Texas, Georgia, North Carolina, Florida,” Diaz said. “But this frame too often leaves out an important fact: Vote dilution, voter suppression, and the attack on Americans’ fundamental right to free and fair access to the ballot happens everywhere.” A vibrant democracy requires that everyone have fair and equal access to practice their constitutional rights, and she said it’s no coincidence that the restrictive bills come from states where Latinos and voters of color were consequential to the 2020 election. “Voter suppression is a feedback loop,” she said, and one that elected officials need to act to end. With support from Voting Rights Project staff and fellows, Diaz submitted written testimony in advance of the hearing that is now part of the Congressional Record. — Lys Mendes