Jack Rothman, professor emeritus of social welfare at UCLA Luskin, has written numerous books — more than 25 — during his long academic career, most of them on community organizing and multiculturalism.

Among those titles is a book on the film industry and a recent chronicle of his search for his ancestral home, a Jewish village, or shtetl, in Ukraine — a place that didn’t appear on any map at the time.

His most recent literary effort is a book of poetry published during the worldwide pandemic titled, “The Voice of Consciousness: Poems Composed After Ninety.” (Tebot Bach)

“My poems dig into the past, embrace the present, look to the future,” Rothman wrote in the book’s introduction. The book is organized into three sections: Musings, Family and Humor. Some of the poems deal with his long-term interests in social issues, such as peace, social justice, and inequality. Rothman describes his straightforward verse style as accessible, “like low-hanging fruit you can easily reach and digest.”

“Too much poetry nowadays,” he says, “is abstract and hard to fathom.”

The collection is the product of a poetry workshop that Rothman, now 94, started attending in his early 90s. A few poems in the collection were written before then, like “The 1%,” which was previously published in The Huffington Post. The rest, about 95%, he says, were written in the last few years.

Rothman, who garnered numerous awards and honors for his academic research, describes himself as “a proponent of social activism and a supporter of progressive causes.” He has written political opinion pieces over the years that appeared in publications including The Nation, Social Policy, The Humanist and the Los Angeles Times. But, he explained, “With time, I found that poetry became a tighter, more cogent way to express my thinking and feelings about what is important to me.”

The section Musings includes titles such as “Precious Consciousness,” “A Struggle for Language” and “Renewal,” where “Hundreds of students/Chant/Carrying posters/Demanding climate change action/Speaking hope amidst the waste.”

In Humor, Rothman takes a poke at the political with “Voting,” “America Ain’t Got No Social Classes” and even the former occupant of the White House in “The Donald.”

Rothman says as teacher he always liked telling stories and discusses the origins of his poetry in his latest book.

In fact, in his 70s, Rothman took up stand-up comedy, which resulted in gigs at local venues including The Comedy Store, The Improv and Pasadena’s Ice House.

His work wanders from mundane and daily observances to memories of his childhood in Depression-era America to hope for his grandson in the next generation. For example, Rothman, who grew up in New York, the son of Jewish immigrants from Eastern Europe, paints a portrait of an August day in 1935, remembering his father.

Somewhat shabby and worn
On a Street corner in Queens…

In “Ode to My Miata,” Rothman uses the image of his prized silver sports car, which “remained streamlined and sporty/Ever youthful,” as he “sprouted signs of aging.” The well-cared-for car is passed on to his grandson, “who now navigates the Miata/with the care and love/That I had bestowed upon it.”

And lastly, a simple object gives voice to consciousness for Rothman. In “The Yellow Pencil,” he concludes:

The book is dedicated to his wife, Judy, “Companion and Helpmate Extraordinary.”

As for the future, Rothman says, along with his other interests, he’ll keep writing poetry. 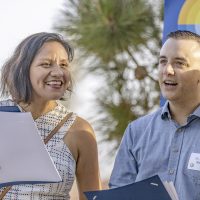 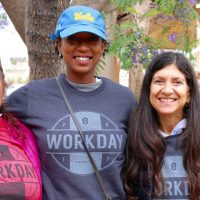 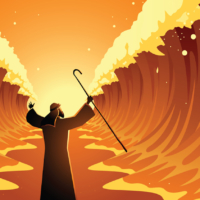 Astor on Passover in a Time of Pandemic

Shoup on Reclaiming Land for People, Not Cars
Scroll to top