UCLA Urban Planning students now have the opportunity to spend an academic quarter studying in the heart of Paris, on the city’s historic Left Bank.

A new exchange program between the Urban School at Sciences Po and the UCLA Luskin School of Public Affairs’ Department of Urban Planning, will allow three Master of Urban and Regional Planning (MURP) students to study in Paris for a quarter, while three of their continental counterparts will study at Luskin, said Alexis Oberlander, Urban Planning graduate adviser.

Sciences Po is highly regarded internationally in social sciences and has produced nearly all of France’s presidents as well as numerous political and business leaders. It is located not far from the scenic and iconic views of the Seine River running through the middle of the city. But “Paris is more than its beautiful core,” said Storper. “It is also a diverse world city, with populations drawn from every continent. It is as much an urban laboratory as any great city, with all the opportunities, problems and challenges.”

Storper, who also teaches at Sciences Po, said that the Urban School was recently formed to bring together master’s and Ph.D. programs that focus on cities, urban politics and urban policy. He said the program will give students a comparative and international learning experience between Los Angeles and Paris — a “once-in-a-lifetime academic and urban experience.” In addition to studying with students from all over the world and building a new network of friends and colleagues, the quarter abroad will also count toward the Luskin students’ two-year MURP degree.

“Urban Planning students will have the opportunity to study in one of Europe’s most prestigious universities … in a school with the most advanced curriculum on comparative urban governance in the world,” said Storper. “No other Urban Planning program in the U.S. can offer a similar opportunity to its students.” 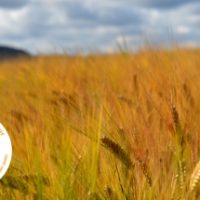 Are Workfare Programs In India Effective?

The Color of Wealth in Los Angeles
Scroll to top